For the second time since 2008, Orange Cap holder, Purple Cap holder and the IPL-winning captain were Indians.

For the second time since the inception of the Indian Premier League (IPL) in 2008, the Orange Cap holder, the Purple Cap holder and the IPL-winning captain were Indians. Shiamak Unwalla observes that this was truly an “Indian” Premier League.

A common feature of the Indian Premier League (IPL) since its conception has been watching players like Chris Gayle, Dale Steyn, Shaun Marsh, Jacques Kallis and Kevin Pietersen come in and either score a truckload of runs or terrorise batsmen. As a result, the IPL has been criticised for being too reliant on its foreign players to bring the star quality to it.

Therefore, it is encouraging that barring one, all the major awards — Orange Cap, Purple Cap, IPL Winning captain, Man of the Final and Man of the Series — were won by Indian players this year. Below is a table of the winners of each award from 2008 till date:

Now, the year 2010 was even better since absolutely every winner was an Indian. However, when one considers the Qualifiers and Eliminator as well, a different story emerges. Below is a table comparing the Playoffs of IPL 2010 and 2014:

The Man of the Match award in each of the last four playoff matches was won by an Indian in 2014, while just two of the four awards were won by Indians in 2010. More importantly, perhaps, is who the players are in each scenario. In 2010, the winners were current international cricketers who were at the peak of their form — with the exception of Anil Kumble, who had retired a couple of years ago, but was still arguably one of the best spinners on display in 2010. However, in 2014, the Man of the Match in each playoff was won by Umesh Yadav, a pace bowler who hasn’t quite established himself in the side yet; Suresh Raina, a very highly rated limited overs specialist who was dropped from the limited overs side till very recently; Virender Sehwag, an aging legend who was written off by fans and detractors alike; and Manish Pandey, a young batsman with a lot of promise who had failed to deliver throughout the tournament.

Likewise, the winners of all the major awards this year, are virtual outsiders. Orange Cap winner Robin Uthappa has been selected for India’s tour to Bangladesh on the basis of an outstanding domestic season. Mohit Sharma, who won the Purple Cap, has been in the Indian limited overs squad for a while without comprehensively breaking through to the playing XI. As for IPL-winning skipper Gautam Gambhir, a Test recall after over two years out of the side could prove a second coming.

Perhaps the most satisfying aspect of IPL 7 was that the Indian players did well, and a number of unheralded youngsters proved their salt. Names like Manan Vohra, Karun Nair, Sandeep Sharma, Akshar Patel, Wriddhiman Saha, Karanveer Singh, Suryakumar Yadav, Sanju Samson, KL Rahul and Kedar Jadhav will be very recognisable come IPL 2015, and that bodes very well for Team India. 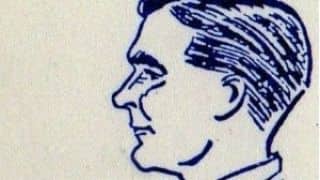