Mumbai Indians (MI) pulled off a surprise win over Rajasthan Royals (RR) in the Indian Premier League (IPL) 2014 on May 19. It was an all-round show from Mumbai and deserved to win on the day. But with both teams’ fortunes varying vastly in IPL 7, the question was how did it all come together? Shrikant Shankar examines what worked for Mumbai in the victory.

It has been a season to forget for the defending Indian Premier League (IPL) champions. It has been well-documented that their IPL 7 retention and auction was not the best, to put it in polite words. They then found themselves almost out of contention after losing the first five matches — all played in UAE. Once the IPL came back to India, things began to look better with two wins on the trot at Wankhede Stadium. But since then, Mumbai have won only one sandwiched between two losses.

Out of nowhere, Mumbai beat Rajasthan Royals on May 19. It was a mild surprise as Mumbai produced a near all-round show to beat a team that could very well win the IPL this season. But there were many factors that led to Mumbai completing a 25-run win. Let’s have a look at some of them:

Rajasthan made four changes to their line-up. While the return of Shane Watson, the captain, was expected, the others were forced ones. One could argue that Brad Hodge’s entry in place of Steven Smith was also not a wrong one. But Rajasthan rested Ajinkya Rahane and Pravin Tambe – two of their best players. The reason could be to give Unmukt Chand and Ankit Sharma a chance. But dropping your best players almost always comes back to bite you.

Mumbai have had the worst starts to their innings amongst all the teams in IPL 7 so far. After trying and testing various combinations, an unlikely one, albeit at the start of the season, came to the fore. Michael Hussey and Lendl Simmons provided the kind of start Mumbai, or any team, would yearn for. A 120-run opening stand always sets the platform right for the rest to follow. The duo were cautious at the beginning, but accelerated towards the end. In the end, after 11 matches, Mumbai have found their opening pair.

The Mumbai Indians captain has been quite consistent for the last few weeks. His last six innings read – 39, 59 not out, 19, 14 not out, 51 and 40. These are good numbers and the last one was against Rajasthan. Rohit Sharma only took 19 deliveries to get those 40 runs as he struck three fours and four sixes. It was this late surge that gave Mumbai a very competitive total.

When only three batsmen out of 10 manage to get into double figures, then it is most likely a poor batting performance. Most of the Rajasthan batsmen played some forgettable strokes to get out. Karun Nair batted exceptionally well at No 1 as he scored a fluent 48 off 24 deliveries. Then the next six batsmen in order failed to get out of single-digit scores. Almost all of the wickets were thrown away in search of big hits that were not needed at the time. The No 8 and No 9 – Brad Hodge and James Faulkner – scored 40 and 31 not out respectively. So, the wicket was not an issue, nor did the Mumbai bowlers bowl all that well. Now sending Hodge and Faulkner way down the order also played its part. If Rajasthan had two more overs, they would have most likely won the match. So, a mixture of strange batting and getting the order wrong caused Rajasthan to fall short by 25 runs.

Kieron Pollard has taken some absolute world class catches in the IPL over the years. What he did on May 19, 2014, will be considered as the greatest catch in IPL history. His sensational catch to dismiss pinch-hitter Kevon Cooper in eighth over turned the tide in Mumbai’s favour. For a man as big as Pollard, he does defy logic in being so athletic.

Mumbai Indians can only hope to qualify for the IPL 7 play-offs as they need another three victories in as many games. That won’t guarantee progress as it is out of their hands. One thing is for sure, neither Kings XI Punjab, Delhi Daredevils and Rajasthan [again] would make such mistakes to allow to win convincingly. Mumbai did not have to play exceptional cricket [barring Pollard’s catch] to win. Rajasthan played some poor cricket to lose. 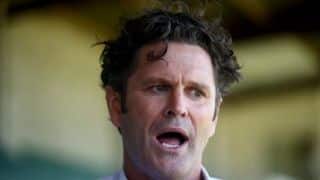 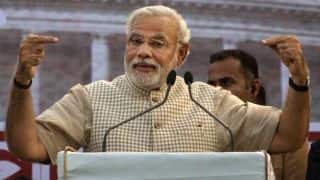