IPL has come as a relief for fans who have remained desperate to watch some 'live' cricket action.

It has been one week since the cricket extravaganza in form of Indian Premier League (IPL) 2015 has commenced. Prior to its start, many feared IPL 8 will be an overdose of cricket, due India’s non stop cricketing assignments in recent times which also included their splendid show in ICC Cricket World Cup 2015. But surprisingly, it hasn’t been the case so far. Sandipan Banerjee explains why… Delhi Daredevils in IPL 2015: Fresh team set sights on bigger awards

April 18, 2008. A new child, IPL was born. The Board of Control for Cricket in India (BCCI) was first implementing a franchise-based cricket league in India. Surprisingly, from the very first day of the tournament, the tournament was a big hit, thanks to Brendon McCullum’s blitz at Bangalore.  IPL 2015: CSK, KKR, RCB, KXIP, MI, RR, SRH, DD full team details in IPL 8

It has been seven years since then. IPL has gone through various ups and downs. From the African safari in 2009 to the desert tour last year, the spot-fixing and betting controversy in 2013, to the Lalit Modi saga in 2010 — the tournament has seen almost everything. But still the brand survived, and now IPL has managed to topple the best of entertainment programs on TV channels in India as well as abroad. Rajasthan Royals (RR) in Indian Premier League (IPL) 2015: Street-smart cricket once again on the cards

Once again in its eight edition IPL, the ‘India ka Tyohaar’  (A festival of India), as it is termed and promoted by the official broadcaster, Sony, this year is off to a flyer in terms of hype and interest among fans. The passion with which the fans have embraced IPL 2015 has demolished the notion that they would be suffering from World Cup hangover. Apart from a disappointing opening ceremony — which was not surprising —  the event has been quite entertaining. IPL 2015 Previews

So far, nine matches have been played in IPL 2015. Apart from the match in Bangalore, where rain played spoilsport forcing the fans to stay away from the stadium, all eight other matches were attended by huge crowd. The TRPs of Sony have been on a higher side, which suggests there is significant interest amongst the audience. The people on the internet too have braced the 60-match tournament on social media, coming up with interesting hashtags and posts. Mumbai Indians in IPL 2015: Rohit Sharma’s men approach upcoming season with renewed vigour to regain lost glory

Back in 2011, India’s victorious World Cup campaign affected the interest levels of this event. That time, India were coming off from a historic win after 28 years, and moreover, the entire country was swayed by the occasion that it robbed the IPL off the limelight it could have generated. Obviously, after 43 days of World Cup cricket, 51 days of IPL, anyone would feel the overdose of cricket. Chennai Super Kings (CSK) in IPL 2015: Kings of consistency look to rule again

But scenario is different this time around. Kolkata Knight Riders (KKR) in IPL 2015, Preview: A well-balanced unit with a hunger for success

The 2015 World Cup took place far away in Australia and New Zealand. The timing of majority of the matches were not amiable for the Indian cricket fans — while some started at three in the night and some started at nine in the morning. Clearly, the timings clashed with the people going to their respective workplaces, schools, colleges, etc.  The early morning matches for obvious reasons failed to attract the Indian television viewers. Also, most of the matches got over by afternoon, when people were busy with their work. So, the Indian ‘Prime Time’ slot, which is the evening time, remained vacant. Fans had to satisfy with the highlights and post match analysis only. IPL 2015 schedule: IPL 8 match time table with venue details

But IPL has come as a relief for these deprived fans who have remained desperate to watch some ‘live’ cricket action when  they are done with the major productive part of their daily lives. Also IPL is not only about cricket, its “cricketainment” (Cricket + Entertainment). It’s like an action-packed Bollywood masala movie which can work like a stress buster. Then, the IPL has it’s unique audience and dedicated fan bases, who at times prefer IPL ahead of any other form of cricket. Royal Challengers Bangalore (RCB) in IPL 2015: Best chance for franchise to scalp maiden title

So despite of all the criticisms, all the controversies the brand IPL is here to stay. With every passing year it will become bigger and better. Kings XI Punjab in IPL 2015 Preview: IPL 7 runners-up will look to continue good form in IPL 8

IPL 2015: Kings XI Punjab vs Delhi Daredevils at Pune, pick of the tweets 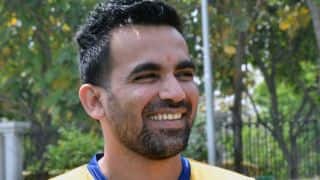