DD had won five out of six games, before losing back to back matches

9th, 8th, 7th. These are the finishing positions of Delhi Daredevils in the past 3 IPL  seasons. While a hugely optimistic individual may say they are improving, an individual in his right state of mind would realize the numbers stated above are horrible. In their nine seasons of IPL, DD have qualified for playoffs thrice, finished at bottom twice and finished in mid-table the rest three times. Critics have called Royal Challengers Bangalore the South Africa of IPL, for choking every season. Then what would you call DD? Failure? And mind you, DD have had talents like Virender Sehwag, Gautam Gambhir, David Warner, AB de Villiers, Yuvraj Singh over the years, yet have never shown signs of being considered champions. FULL SCORECARD: Sunrisers Hyderabad vs Delhi Daredevils, IPL 2016, Match 42 at Hyderabad

But this season witnessed something different in the DD side. For once, they had no so-called ‘Superstar’ in their side. Secondly, they roped in the ‘Wall’ Rahul Dravid as an mentor. And finally, they gave captaincy to Zaheer Khan, who barely plays cricket nowadays. None of the changes at first look seemed to show major upgrade in their chance for winning their maiden IPL title. And their first game against Kolkata Knight Riders, which they convincingly lost, seemed to tell it’s the same old story again.

But what was said post the defeat in the dressing room is still a mystery, but it has had a outrageous impact in their performance, with the side winning 5 wins from the next 6 games to reach 2nd in the standings. But since then, they have lost back to back games which has put big time pressure on them. And when one takes a good look in those losses, the team is to blame itself for them, and not some external factors.

For starters, their victories were coming mainly thanks to their international stars. In the wins against Kings XI Punjab and Royal Challengers Bangalore, Quinton de Kock was in a different level, scoring a unbeaten half-century and a match-winning century. His South African compatriot’s JP Duminy, Chris Morris and Imran Tahir, West Indian Carlos Brathwaite and Englishman Sam Billings have all been really good. Morris especially has been one of the best bowlers during the course of the tournament, and almost won his side the game against Gujarat Lions with an unbelievable 32-ball 82.

The other international players have been equally impressive, with each of them performing when give their chance. Plus the form of Zaheer Khan and spinner Amit Mishra have been equally impressive, which was seen during the winning run. The batsmen Sanju Samson, Karun Nair and Rishabh Pant all showed flashes of confidence with their batting. So if so many things are going in the right way, why did they lose the past two games? Well, it is not just one reason for this small blip.

Firstly, whoever the think tank is in the dressing room is struggling to get the batting order right. Billings, who broke into the scene with a brilliant half-century against KKR, is a typical No.4 batsman, who needs time to settle before going for broke. Same can be said for young Rishabh Pant, who played brilliantly against GL for his 69 while opening the innings. One bad game against RPS should serve no reason for him to be demoted.

DD have trusted way too much on their young Indian batters, and most times than not have been disappointed. While Shreyas Iyer has been horribly poor, Samson and Nair have shown flashes. Knowing the type of players in the team, it is a no-brainer to play Samson at No.3. A player with immense technique, Samson is tailor-made for that role. As for Nair, playing him at no.3 or 4 will mean sacrificing the talents of Samson and Billings. Nair’s display in last game was the reason behind his side’s loss against KXIP. In layman’s term, Samson should be played at 3, with Billings at 4 and Nair at 5.

Secondly, DD’s trust on Mohammad Shami has been costing them big time. Yes, he is coming back from injury, but that does not serve a reason for such poor showing. Against RPS when every bowler was going less than 8 runs per over, Shami went for an outrageous 50 in his 3.1 overs! In the last two games, he has gone for a total of 84 runs in 6.1 overs. A combination of playing 3 spinners in Yadav/Nadeem, Mishra and Tahir or playing Brathwaite and Negi as pure bowlers must be tried, considering nothing worse can happen than Shami’s bowling.

Finally, the small slump started after DD decided to ring in changes against RPS. While captain of the day Duminy called it due to minor injuries, it completely disrupted the balance of the side. The in-form players were rested for trying out new things, which clearly has had a very negative impact. No one can still understand the reasoning behind making changes when everything was going right.

It is safe to say, currently DD aren’t in a very tough position, but another loss coupled with rivals wins may just turn up the heat. At the end of the campaign, if the side goes down not qualifying for playoffs, they can have no complaints and will have to blame themselves for the mess. 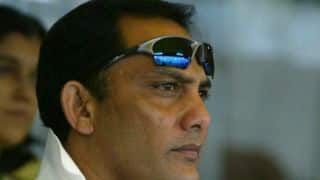 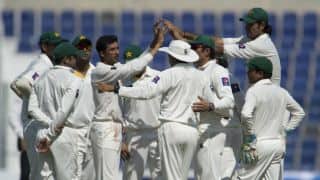