The Indian Premier League (IPL) 2016 is set for a grand finale on Sunday (May 29th). The two teams who are going to lock horns are Royal Challengers Bangalore (RCB) and Sunrisers Hyderabad (SRH). After a lot of twists and turns, finally they have made it to the big stage and have all to play for in this marquee event’s last match. These two teams have quality players, who have performed with both bat and ball to make their team reach closer to their first IPL trophy. The Orange Cap is with RCB skipper, Virat Kohli (919), who has a big lead of 140 runs from the second highest scorer and SRH’s skipper, David Warner (779). On the other hand, the Purple Cap is currently held by SRH’s Bhuvneshwar Kumar (23), closely followed by RCB’s two consistent bowlers, Yuzvendra Chahal and Shane Watson (20 wickets each).  Full Cricket Scorecard: Royal Challengers Bangalore vs Sunrisers Hyderabad, IPL 2016 Final

Both these teams have a lot to play for as one of them is set to become champions for the first time in M. Chinnaswamy Stadium today. From the above mentioned stats, this is not the only thing at stake for the players from both camps. The prestigious Orange and Purple cap is up for grabs too in the finale, which shows the two finalists of IPL 2016 are deserving and worth to sweat it out for the big crown. Virat Kohli has been in sublime touch this season for his side and is 81 runs short of becoming the first player to reach 1,000 runs in a single edition of the mega event. He is also a mammoth 140 runs ahead of SRH’s skipper David Warner in the leading run scorer’s list. Warner would like to see the back of Kohli as soon as possible in the final but still compiling 140 runs or more to match him is very much impossible. Thus, in this way, Kohli can add another feather in his cap by becoming the second player after Robin Uthappa to win the Orange cap from the Champions camp (if RCB win the title at the first place). ALSO READ: Virat Kohli better than AB de Villiers, feels Shane Warne

Till now there has been a curious case with the Orange camp as it has hardly gone to the player from the winning team. Robin Uthappa’s 660 runs in the 2014 edition earned him the Orange cap while he was also involved with KKR, who won the trophy that season for the second time. The cap has been held by players like Sachin Tendulkar, Micheal Hussey, Mathew Hayden, Chris Gayle and Shaun Marsh but all these players could not lead their teams to win the coveted trophy in that particular season. On the other hand, the Purple cap came to the winning side’s bowler in the first two occasions. After that, it has been conquered by players who have either finished second with their team or bowed out of the tournament even before the finals.

In the first season, Pakistan’s Sohail Tanvir ended up with 22 wickets and earned the cap whereas RP Singh won the cap in the following edition with 23 scalps to his name. Since then the leading wicket-taker has never been from the winning camp but this time there is a high chance of Bhuvneshwar Kumar grabbing the cap and taking his team to victory as he has been accurate and disciplined with his line and length. He has also been economical but should be aware that he is closely followed by Watson and Chahal, from the opponents’ camp, with 20 scalps each.

The stage is set for a memorable finale in Bengaluru. With all to play for, both the teams would compete neck-to-neck to not only earn the main crown but also take home the Orange and Purple cap, which is up for grabs among both the team players. All in all, an epic ending to the cash rich tournament is on the cards. 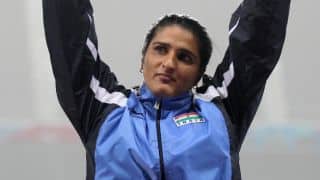 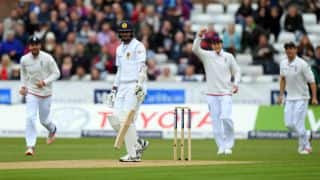