MI's campaign was hurt because of inconsistency and too much shuffling in their batting order.

The ongoing Indian Premier League (IPL) saw the end of the group stages in an interesting manner. After a lot of speculations, permutations and combinations, Gujarat Lions (GL), Royal Challengers Bangalore (RCB), Sunrisers Hyderabad (SRH) and Kolkata Knight Riders (KKR) made it to the playoffs of IPL 2016, with defending champions Mumbai Indians (MI) missing out. Mumbai Indians won 7 and lost as many matches, but their inconsistent run and a poor Net Run-Rate hampered their chances. The Rohit Sharma-led camp has won IPL trophy twice since 2012, but failed to repeat their performance this time around. Here is a look at Mumbai Indians’ campaign: Full Cricket Scorecard: Gujarat Lions vs Mumbai Indians, IPL 2016, Match 54 at Kanpur

Inconsistent top order: MI started their campaign against new franchise Rising Pune Supergiants (RPS). Their bating woes seemed evident from the first match. MI have always had an issue with an unsettled top order, and it continued this time too. They opened with Lendl Simmons and Rohit in the first match, and tried Hardik Pandya at No. 3 in the first few matches. After Simmons got injured, they signed Martin Guptill, who had a forgettable debut in IPL. After a few changes, they finally stuck to Parthiv Patel-Rohit pair, which blew hot and cold. ALSO READ: Sofia Hayat dumps Rohit Sharma; says she now wants to date a gentleman

Patel compiled 177 runs in 10 matches at an average of 17.70. Rohit held his end with 489 runs in 14 matches and chased totals for his side; on a few occasions, almost single-handedly. After replacing Patel with Guptill, their headache did not end as the New Zealander could only get a few good starts. None of their batsmen at the top carried the responsibility of their batting throughout the whole tournament and lacked consistency. Ambati Rayudu, at No.3, bailed the team out on certain occasions, but his strike-rate wasn’t effective enough.

Middle and lower-middle order: Just like the top, the middle and lower-middle order had a few star performers. Jos Buttler and Kieron Pollard played well in few matches, but Krunal Pandya made full use of the opportunities thrown his way. He made 237 runs with a solid average of 39.50 and an astonishing strike-rate of 191. His younger brother Hardik could provide impetus with both bat and bowl after a decent debut for the national team. Harbhajan Singh blasted a few blows down the order when required.

Bowlers: New Zealand’s Tim Southee and Mitchell McClenaghan spearheaded their pace attack along with India’s latest bowling sensation Jasprit Bumrah. Southee, on the other hand, took 9 wickets in 11 matches. McClenaghan was the pick of their bowlers with 17 wickets, closely followed by Bumrah’s 15. In the spin-department, Harbhajan scalped 9 wickets, while Krunal ended his season with 6 wickets with a better economy rate than his senior mate.

Overall performance: After shifting their batting order till the halfway stage of the first round, MI struggled with inconsistency. Poor shot selections and failing to apply themselves for a longer period caused Mumbai’s downfall. Rohit performed well with the willow but failed to lift his team in crunch situations. Needless shifting in the batting line-up, lackluster fielding and over-dependence on the duo of McClenaghan-Bumrah ended their season ahead of the playoffs. They looked an unsure side for long which saw the emergence of Nitish Rana and Krunal. Despite an ordinary season, they had a few good outings against KKR, RPS and Delhi Daredevils (DD). They will surely try to regroup and be more confident about their combinations in the next season to try and earn the trophy back from this year’s winners. 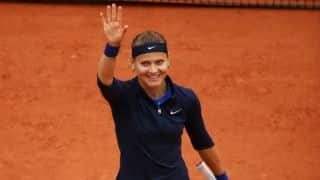 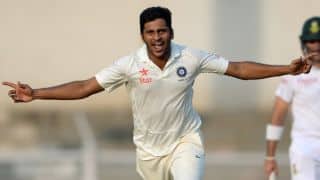