Suresh Raina has come out of his comfort zone and led his team well without his protegee, MS Dhoni

Indian Premier League (IPL) 2016 has seen some high profile teams flourish and few reputed teams, under successful captains, crash out of the tournament in its group stages. All the eight captains have given their heart out on the field and at present, there are only three remaining alive with just two matches to go for the conclusion of IPL 9. Virat Kohli, David Warner and Suresh Raina have led their teams well and as a result, their teams are still in contention for the coveted trophy. Taking a look at the new franchise, Gujarat Lions (GL), who got drafted into the cash-rich tournament this season, have competed against every team and will play the Qualifier 2 against Sunrisers Hydrabad (SRH) at Feroz Shah Kotla in Delhi on Friday  in a bid to feature in their maiden IPL final. The reason for their good show has obviously been their hard work put in as a unit but credit must also goes to Raina, who has captained a team for the first time in one whole season in IPL’s 9 year history. FULL CRICKET SCORECARD: Gujarat Lions vs Sunrisers Hyderabad, IPL 2016, Qualifier 2 at Delhi

Being in the shadow of India’s most successful skipper, MS Dhoni, Raina has learned the art of captaincy well. He debuted in 2005 and slowly but steadily made a mark at the international level because of his aggressive play and stylish shot selection. Raina first played under Rahul Dravid and then under the captaincy of Dhoni. Both these captains have a few similarities. They remain calm and composed on the field and hardly utter a word as they remain focused in the job on hand. Same has been observed for Raina.

Playing for Chennai Super Kings (CSK) for eight years, Raina notched several match-winning performances. In almost all situations, Dhoni was there to guide him and play sheet anchor role. It has been noticed several times in the past that Dhoni goes to him and advises him to not play the aerial shots more than once in an over. Like a fine protégée, Raina has listened to his mentor which has given him confidence to mature as a player. Dhoni is known as skipper who gives a lot of confidence and freedom to youngsters to express themselves as a player. This has given Raina full license to excel and perform fearlessly.

Raina as a player likes  to observe a lot on what is going in the field. He is proactive and always involved in the game. He never gives up and always pushes the boys in the game with his infectious energy while fielding. He has transpired the GL unit into a competitive team. He calls the shots, keeps his selection simple and does not shuffle with his team much, just like his senior, Dhoni. Raina has been rotating the bowlers well and saves the prestigious overs of Praveen Kumar and Dwayne Bravo for the death overs. He is a very calm customer on the field and never involves himself in needless sledging similar to the ‘Captain Cool’, Dhoni. READ: Suresh Raina becomes proud father of baby girl!

He tries to keep things simple and the best part about Raina’s captaincy has been that he always has a smile on his face irrespective of the result, a quality possessed by India’s limited-overs captain as well. These things keep him way above some of the other captains. Lately, he has played some quality innings under pressure to help GL reach the knockout stages. The innings against Kolkata Knight Riders (KKR) and Mumbai Indians (MI) in the business end of the group stages shows his potential as a leader. He reads the game well and plays sensibly when he knows the chips are down for his side.

Handling big international players like Brendon McCullum, Aaron Finch, Bravo, and Dwayne Smith must have been a privilege for the 29-year-old. If he leads this new team to their first IPL trophy, he will surely make a big statement in terms of captaining skills. This will give him a boost in his confidence and help him create a separate identity, both as a skipper and player. He would love to carry on from the IPL experience and bring in the same performance for his national team. Raina has delivered for the nation but of late he has not been anywhere near his best. He would hope to come out as a ‘senior player’ for Team India and bring in more consistency in his performance. 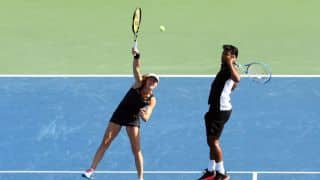