While megastars like Dhoni, Smith, Ravichandran Ashwin, Ben Stokes and Faf du Plessis are in talks once again, here is your guide to those players of the side who can turn out to be key to the team s success in IPL 2017.

Season 10 of Indian Premier League (IPL) for Rising Pune Supergiants (RPS) began with controversy. MS Dhoni was sacked even before the auction, and Steven Smith was made captain. RPS has been home to many international stars but could not finish above the bottom position in IPL 9. Under Smith, RPS will look to surprise the opponents and make the fans happy aiming for the title. While megastars like Dhoni, Smith, Ravichandran Ashwin, Ben Stokes and Faf du Plessis are in talks once again, here is your guide to those players of the side who can turn out to be key to the team s success in IPL 2017. RPS in IPL 2017 Preview: Smith s brigade hopes for injury-free ride and better fortunes

Ferguson is your quintessential tearaway bowler. He has impressed since his debut for New Zealand, picking up the wicket of David Warner in his very first international over. He has been consistent with wickets, picking up 8 in the 7 ODIs he has played. He picked up 3 wickets in the only T20I he played and has bowled economically in the domestic T20 league. Playing in India will be a challenge for Ferguson but his occasional bouncers may rattle the opposition.

A member of Unmukt Chand s Under-19 World Cup-winning side and of the most consistent all-rounders in the current Indian domestic pool of players, Aparajith is a deserving campaigner for RPS this season. His recent century in the 50-over match for India Under-23 is indication of his form. He also has 2 half-centuries in the previous 7 List-A matches. What makes him an apt choice for IPL is his ability to hit hard. Aparajith is a decent spinner too and can be brought in occasionally for an over or two.

IPL history: Picked by Chennai Super Kings (not played) and later RPS, in 2016 (not played)

Contract worth: Traded from Delhi Daredevils who bought him for INR 11,600,000

Mayank Agarwal was a last-minute inclusion to RPS. He was bought from Delhi Daredevils and has played many significant knocks for the teams he has represented in the past, including a 30-ball 64 against Mumbai Indians for Royal Challengers Bangalore. Agarwal will be one name to watch out for this season amidst the many stars in the side. 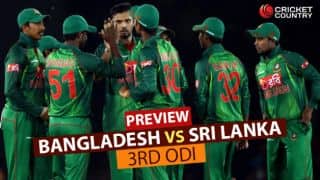