RCB had come close, envisaged the victory lap, but stumbled at the final hurdle. That has been their story so far. And they are one of the only three teams to have not clinched the title yet since its inception.

Virat Kohli flexes his tattooed muscles after reaching a milestone. He blows a flying kiss to his girlfriend amidst thousands of spectators. He features on the cover of GQ. He shows a certain finger to the crowd, gesturing a trendy abuse. He plays to settle scores and give it back. He becomes a style statement on Page 3. His girlfriend adds to the glamour quotient in the sports section. One moment you want to belittle him for his lifestyle that contradicts the nature of the gentlemanly game called cricket. And then, his herculean efforts quash critics and force them to change their views.

The same is the case with Indian Premier League (IPL). Like with Kohli, the cricket fanatics share a love-hate relationship with this Indian T20 extravaganza. It provides entertainment, after all. Let us shake a leg, dance to its tune, and vent out the office frustration in the evening with a glass of bear and shout our favourite team s name on the top of our voices. Let us have banters. Let us play some fantasy leagues. Believe me, ya ain t wanna miss a match. And amidst all that, it also makes sure cricketers do not have to be worried about earning a living despite not making it to the highest level in international cricket.

Kohli plays for Royal Challengers Bangalore (RCB). When Vijay Mallya owned it, the after-parties, more than the team result, made headlines. His son, Siddharth Mallya, was allegedly dating Deepika Padukone. She was often seen wearing the RCB jersey in the stands of M Chinnaswamy Stadium. Katrina Kaif was spotted supporting them as well.

Traditionalists or purists may not like it. This is not cricket. Here we play with right spirit. Here we do not fight. Here there is no place for glamour. Here we play proper strokes the ones well-articulated in the textbook. Here we are gentleman. Here we are not Kohli.

But then, Kohli plays a cover-drive, giving you a d j vu of that happy moment when the slightest of ill-feeling is obliterated from your mind. Traditionalists and purists forget the norms of the game and fall for Kohli for who he is.

Same is the case with IPL. County Cricket used #ProperCricket on Twitter during IPL to mock its unorthodoxy. But then, IPL has produced some top-drawer cricket: mind-boggling strokeplay, one-handed rippers at the boundary line, toe-crushing yorkers, cunning game plans, and whatnot.

Kohli has a desi, profanatory word residing on his lips. But then, he makes his own table of records that has no column or row left for other names. He is the best in it. He is the worst in it. He did not score a single hundred in T20s until start of IPL 2016, but ended up being the only player to score four in a season. In other words, his performance eclipses his antics and characteristics, leaving all and sundry with no choice but to admire him.

Same is the case with IPL. Cheerleaders break into a dance, pompoms and all, after a fall of wicket or when a boundary is hit. A few people think it is against India s culture. And then, Arun Karthik hits a last-ball six to take RCB over the line. Chris Gayle slams 175 off 66 inclusive of 13 fours and 17 sixes. AB de Villiers takes 24 runs off an over from fellow countryman Dale Steyn. Anil Kumble bags 5 for 5 in 4 overs. Stunning displays overshadow the wrong side of IPL and everyone starts following again.

However, the fact remains that Kohli is now the highest run-scorer in IPL, but RCB have not won a single title yet in nine editions.

We are proud of the way we played as a team. This was for the people of Bangalore. Even when we had the worst seasons, they were there for us. I was gutted; we couldn t cross the line, Kohli said after they lost to Sunrisers Hyderabad (SRH) in the final of the previous edition.

In a pursuit of SRH s 209, RCB fell painfully short by 8 runs. This was the third time they had reached the ultimate stage. In 2009, in the final against Deccan Chargers (coincidentally the then Hyderabad-representing franchise), RCB had fallen short by 6 runs. In 2011, they lost by a big margin of 58 runs against Chennai Super Kings.

Players like Rahul Dravid, Kevin Pietersen, Anil Kumble, and Daniel Vettori have captained RCB. All these players had led their respective countries in the longest format, but could not clinch that Holy Grail.

To make matters more interesting, all these players have led RCB in 68 matches combined compared to Kohli s 72.

What does IPL 2017 have in a store, is a question only time will answer. Nevertheless, Kohli is likely to miss a few matches. Still a few weeks to go till I can be 100 per cent on the field. You have to take it in your stride and move forward, he said after India beat Australia 2-1 in the recently concluded Border-Gavaskar Trophy. Kohli was rested for the last Test after he had hurt his right shoulder during the Ranchi Test.

If not Kohli, who would the owners place at the helm? Anyway, do you know who the owners are? Vijay Mallya had bought it in 2008. It was the second-highest bid that year, after Reliance Industries Ltd. s $111.9 million for Mumbai Indians. But little did Mallya know that he would run out of money and fly out of country and give away his team one day.

RCB is currently owned by United Sports, which coincidentally was founded in 2008 and is also an alcoholic beverage company (to add more to coincidence, it is located at Vittal Mallya Road in Bengaluru). Anyway, let us not read much in to it. They have a task that of choosing a new captain, albeit temporarily.

RCB have Gayle and de Villiers in their armoury. Gayle had once sent Sulieman Benn off the field for not following his commands of simply bowling over the wicket. De Villiers, on the other hand, is the only South African captain to led South Africa to a victory in a knockout match in a World Cup. Additionally, Shane Watson had captained Australia in a Test on Indian soil.

It is not that they do not have a leader, but they have to put the right foot forward to start off the season on a high.

Gayle, de Villiers, and Watson will play in the starting XI without a shadow of doubt. The question is: who would be the fourth overseas player?

Shamsi bowls Chinaman (the most in among all bowling styles thanks to Kuldeep Yadav), picked up 3 wickets in 4 matches and boasted of his truck-driver celebration in IPL 2016.

Leg-spinner Badree has not played an IPL match for the last two years but has taken 43 wickets at 16.16 with an economy of 5.6 in 33 T20Is; he was also one of the unsung heroes in West Indies spectacular journey in the 2016 World T20.

Mills, a left-arm pacer, was bought for 12 times his base price (for INR 12 crores). He was drafted in as like-for-like replacement of Mitchell Starc, who had opted out this edition citing fitness issues.

Milne and Stanlake are right-arm fast bowlers. They can rattle the batsmen without serious pace. Head is hard-hitter and has a strike-rate of 141.6 in T20s. But enough of data now.

Given the amount they have spent on Mills, he is likely to be the fourth foreign player.

With Kohli out, KL Rahul will open with the Gayle force. He had scored 397 runs at 44.1 in the 2016. In addition, he did a decent job behind the wickets. Now that he has cut his hair short, he may as well be able to sight the ball clearly.

De Villiers and Watson at No. 3 and 4 respectively should make the top order even mightier.

Kohli had preferred Sachin Baby over Sarfaraz Khan in the last half of the previous edition. While Baby hits monstrous sixes, Sarfaraz impresses Douglas Marillier with his scoops over the wicketkeeper s head. However, not always has Baby had a good day out; he has often failed to provide impetus. Given that he averages 9 runs lesser than Sarfaraz, the latter should get a nod at No. 5 (though Baby is slightly better fielder and fitter than Sarfaraz) more so in Kohli s absence.

India had found their new finisher in Kedar Jadhav earlier this year. Who better than him at No. 6?

Stuart Binny at No. 7 adds more balance to the side. All in all he averages 21.5 with the bat in IPL. However, he bowled only 17 overs in the previous edition, taking only a wicket. Given Watson is in the side, Binny gets limited opportunities with the ball.

RCB have two southpaw all-rounders who can be handy with finger-spin: Iqbal Abdullah and Pawan Negi. Though Negi had trended during the 2015 auctions for his unbelievable bid, Abdullah has much better numbers in both batting and bowling departments. Hence, Abdullah takes the cake at No. 8.

Yuzvendra Chahal, with his leg-breaks, was the second-highest wicket-taker in the previous season. Earlier this year he became the first Indian to take a six-for in T20Is. He, without further ado, will be the ninth player. Abdullah and he will take care of the spin unit.

Left-armers Sreenath Aravind and Mills will lead the pace battery, along with Watson and Binny.

Predictions: RCB have to play well as a cohesive unit if they are to win the maiden title. The batting department has an ominous look to it, but the bowling unit seems lacklustre: as has often been the case, if the pacers have taken wickets, the spinners have leaked runs, and vice versa.

RCB had come close, envisaged the victory lap, but stumbled at the final hurdle. That has been their story so far. And they are one of the only three teams to have not clinched the title yet since its inception.

For a better choice of words, RCB are a team that looks the mightiest on paper but fail to script a happy ending. 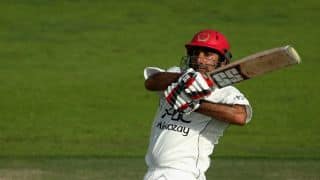