Rain washed out a much-anticipated IPL 2017 clash on Tuesday night at Bengaluru, but if there was one side which lost the most was Royal Challengers Bangalore (RCB).

Rain washed out a much-anticipated Indian Premier League (IPL) 2017 clash on Tuesday night at Bengaluru, but if there was one side which lost the most was Royal Challengers Bangalore (RCB). Having produced perhaps a poor show in regards to the promise that RCB carry, the road ahead in IPL 2017 only gets tougher for the Virat Kohli-led side. Royal Challengers Bangalore have now played 8 matches so far, and with a mere 2 wins, the chances to end up in final four can only be ensured if they win the remaining 6 contests. However, for a team boasting the likes of Virat Kohli, AB de Villiers and Chris Gayle, expectations cannot be taken off completely. Full Cricket Scorecard: Royal Challengers Bangalore (RCB) vs Gujarat Lions (GL), IPL 2017, Match 31 at Bengaluru

For a team that came into IPL 2017 as the runners-up, it has been a disappointing season so far for Royal Challengers Bangalore. The unavailability of big guns in Kohli and de Villiers in the initial stages was as hurtful as RCB s struggle to find balance. To add more to RCB s worries, the re-laid track at the M Chinnaswamy Stadium in Bengaluru demanded the hosts to adapt as much as it was the case with the visiting sides. The pitch at the M Chinnaswamy Stadium has traditionally been batting-friendly, but RCB have struggled to adapt.

So far in three matches in IPL 10, RCB have not even once crossed 160-run mark. In two games against Delhi Daredevils (DD) and Mumbai Indians (MI) RCB have batted first and have managed a mere 157 and 142. In the third, chasing 162, RCB hobbled their way through to a mere 134 for 9 in 20 overs. IPL 2017 : RCB s historic defeat and other highlights

Kedar Jadhav (69 against Delhi Daredevils) and Kohli (62 against Mumbai Indians) are the only two batsmen who have scored half-centuries. What is to be noted here is the fact that these are the only two highest scores at Bengaluru by the home team s batsmen, as none has even crossed the 30-run mark so far.

The washed-out game against Sunrisers Hyderabad did help RCB s position in the IPL 2017 points table from the 8th spot to the 6th, but the race to the top four will only intensify in the coming week as several teams especially Rising Pune Supergiant, Kings XI Punjab, and Delhi Daredevils looking to attain form at just the right time.

For a team that lost the IPL 2016 final to Sunrisers Hyderabad by a mere 8 runs, this IPL campaign has been nothing less than a wretched one. Gayle s inconsistency has hurt them as much as the lack of runs from Shane Watson when picked, and RCB do not have finishers towards the end like Mumbai Indians have in Kieron Pollard or Hardik Pandya, or RPS have in MS Dhoni.

Finding the balance has been nothing less than a persistent headache, but going forward, RCB will have to not only win each of their matches but that too by big margins. With the poorest Net Run Rate (NRR) among all, halfway through IPL 2017, RCB need to not only erase the margin but also accumulate points. After 8 games, RCB have 5 points and if they happen to win each of their remaining 6 games, the Kohli-led side is at least assured of 12 more points, which would take their total to 17 enough to qualify for the IPL 10 playoffs.

The question is not only about what RCB can achieve from here on. RCB have enough firepower in the batting ranks to make big scores, but the bowling as always been found wanting and this is one area where some work is needed to be done. 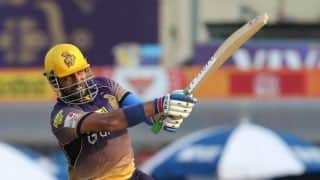