Smith might not have been the most-welcomed man in the side after his ball-tampering scandal, but his merits as a player and captain is definitely being missed.

Steven Smith is an enigma; an enigma who has the power to illuminate any side with his aura. He had pulverised England with 647 runs in the 2017-18 Ashes just before the Indian Premier League 2018 (IPL) auction. Rajasthan Royals unhesitatingly retained Smith for his batting and leadership skills. Everything looked set for Rajasthan for their much-awaited return to IPL.

Fast forward to April. Smith had decided to step down as RR skipper following his involvement in ball-tampering row, starting a whirlwind of glitches in the team strategies.

Bond with Shane Warne: RR picked their squad keeping in the mind the blend of Warne and Smith. Smith has always looked up to Warne as a mentor during his early cricketing days (remember, Smith had started his career as a leg-spinner). Warne, too, has kept a tab on Smith s growth as a player and leader.

Rajasthan would have been happy having two in-tuned people helming the state of affairs during the IPL. With Smith unavailable, Warne s sharp mindset would have to adjust to Ajinkya Rahane s poise, which is clearly taking time to kick on. Now with Warne unavailable for upcoming games for RR, Smith’s void will definitely be felt.

Leadership skills: Rahane s captaincy record is nothing to boast of (though he had won his only Test as captain against a side led by Smith). His selection probably had more to do with his impeccable image. He has shown in bits and pieces his cricketing acumen when given chance for India. My colleague Aditya Sahay wrote: “You don’t have to be in-your-face necessarily to show your aggression. Rahane has his ways, and makes good bowling changes. He is more like Dhoni’s successor. Calm and bit of calculative.”

Smith, on the other hand, is more aggressive and intuitive in nature. His experience on world stage would have been crucial for the Royals. Rahane is an excellent batsman, but he still has a long way to go to prove his credentials as leader.

Foreign flavor: Warne and had Smith build the current Rajasthan squad around BBL stars. Ben Laughlin, Jofra Archer and D Arcy Short were added as new recruits. Ben Stokes and Jos Buttler, too, were part of a competent foreign lineup.

Smith has interacted with the BBL players at domestic and international level, making it easier for them to feel at home. Smith would have been the go-to man for the likes of Short, Laughlin and Archer to look up to. Approaching Rahane may not be as easy for them.

Batting genius: Smith would have added stability to the middle-order. His ability to switch gears on the move made him a crucial cog in Royals wheel. They still have some excellent batsman, but perhaps not anyone in Smith’s league.

Rajasthan have so far managed to scrape to wins in the ongoing season of IPL. Individual brilliance has taken them past the winning line, but they still have gaps to fill. Smith might not have been the most-welcomed man in the side after his ball-tampering scandal, but his merits as a player and captain is definitely being missed. 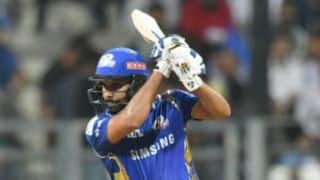 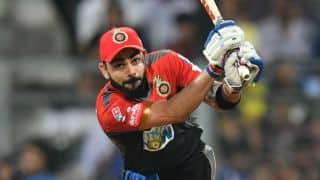