Gautam Gambhir s release was definitely counterintuitive. Not only had Gambhir led KKR to two titles (in 2012 and 2014) after their dismal early years, he also delivered heavily with bat over years.

Kolkata Knight Riders (KKR) retained Sunil Narine and Andre Russell for the 2018 edition of IPL. Narine, a T20 legend of sorts by now (he can be an impactful pinch-hitter too these days), was an automatic choice. Russell was probably not as obvious, but his was no surprise retention either. Gautam Gambhir s release, on the other hand, was definitely counterintuitive. Not only had Gambhir led KKR to two titles (in 2012 and 2014) after their dismal early years, he also delivered heavily with bat over years. Even in 2017 he had finished second in the race for the Orange Cap.

The Knight Riders probably had a PhD in optimisation techniques in their ranks: how else did they pick 18 members with only 30 lakhs to spare otherwise? In fact, their acquisition of the 19th player (Javon Searles) seemed like an attempt to empty their purse completely.

The most formidable bowling line-up

You cannot doubt KKR s bowling attack for the season. Think about it: Mitchell Johnson and Mitchell Starc are both in the squad; mentored by them, Shivam Mavi and Kamlesh Nagarkoti extremely talented and very quick will let them fly; and supporting them will be Narine and Kuldeep Yadav.

If one of Johnson and Starc, overseas bowlers both, miss a match or two (both are injury-prone), Vinay Kumar, the eighth-highest wicket-taker in IPL history, will come in. And we haven t even talked about Piyush Chawla, fourth on the same list. Russell may even play as a batsman.

Chris Lynn became a sensation last season, more so once Narine was promoted as his partner. Robin Uthappa won the Orange Cap in 2014 while Dinesh Karthik has been inconsistently destructive. Karthik will also keep wickets with Uthappa chipping in when needed.

This is where things will go wrong. Nitish Rana had a very good 2017, but is he good enough to be the fourth-best batsman in an XI (let alone a full squad)? Shubman Gill plays his shots, but he is yet to play a single T20 even at domestic level. Add Russell to the mix now.

At this stage the line-up looks average at best. The other batsmen are Cameron Delport (who will miss most matches with Narine, Russell, Lynn, and both Mitchells all in the squad), Ishank Jaggi, Apoorv Wankhade, and Rinku Singh definitely not men who have set the world on fire with their batting.

Given a choice, they may desperately want to replace a bowler or two with a batsman. Their initial expensive purchases proved detrimental as the auction panned out. At some point they may question their decisions of letting Eoin Morgan, Martin Guptill, Lendl Simmons, Hashim Amla, and Shaun Marsh slip during the auction.

A nearly headless side

No, Kolkata never searched for a sturdy yet nimble batsman in the top three to replace Gambhir. They did not look for a captain either. Karthik has led Delhi Daredevils in two stints. Uthappa has been around for some time. Vinay Kumar has done an excellent job as Karnataka captain across formats. And of course, Johnson and Starc will come in with their experiences.

IPL has fooled us over time, but it will take some effort for any of them to fit into the massive shoes of Gambhir. 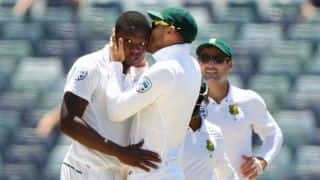 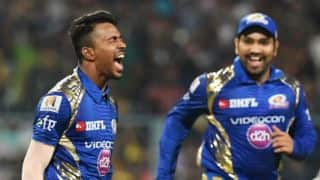