MS Dhoni, Suresh Raina, Faf du Plessis, and Murali Vijay: close your eyes and think of these men playing IPL, and you may find it impossible to visualise them in anything barring yellow.

Chennai Super Kings (CSK) were expected to fill their squad with members of their old brigade for IPL 2018. They have, like Mumbai Indians, placed faith in a core group. It was, thus, hardly surprising that they retained MS Dhoni (presumably in yellow), Suresh Raina, and Ravindra Jadeja, and recalled Faf du Plessis and Dwayne Bravo to the yellow reunion. There were some other big buys too, like Shane Watson and Imran Tahir, but the outfit has a strange, jaded look to it. It perhaps has something to do with that most of their cricketers are on the wrong side of 30. It almost seems that they have not acknowledged that the cricketers have aged over the past two years.

Dhoni, Raina, du Plessis, and Murali Vijay: close your eyes and think of these men playing IPL, and you may find it impossible to visualise them in anything barring yellow. Despite his early stint with Mumbai Indians, Bravo has a similar impact too.

These five men are also near-certainties in the CSK top seven. They know Chepauk inside out and have batted with each other and have won many a battle together. They will be backed by Watson, Ambati Rayudu, and Kedar Jadhav, and if he is picked, Jadeja.

Is it a great line-up? Perhaps not, but it is certainly a line-up as distinctive of Chennai as sambhar and rasam are. Remember, these are men who know what it is like to reach finals and win titles.

It will be odd to see Harbhajan Singh donning yellow, but he does know a thing or two about bowling in IPL (and slogging in all possible directions). Tahir will be the perfect partner. If there is an overseas player too many, Karn Sharma can replace Tahir; and Mitchell Santner will be there to provide the often-needed left-arm spin variation. If any three, or even two, play together, batsmen may find scoring difficult.

The pace attack is not as formidable. They have an excellent bowler in Bravo, their man for all seasons and winner of the Purple Cap in 2013 and 2015. They have Lungi Ngidi, South Africa s newest kid sensation. But the rest, including Mark Wood, does not look as impressive. Be prepared for those slow pitches on sultry Chennai evenings. 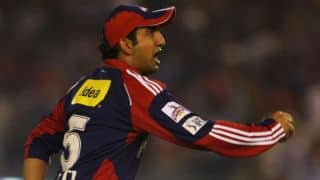