Sunrisers Hyderabad (SRH) obviously retained David Warner and Bhuvneshwar Kumar. Warner had led them to the title in 2016 and won the Orange Cap in 2015 and 2017. Bhuvi, on the other hand, had won the Purple Cap in 2016 and 2017. This decision was a no-brainer. There were two other easy picks, those of Shikhar Dhawan and Rashid Khan, who had finished third and sixth on the respective charts. They got them without much fuss in the auction. They started the auction aggressively, acquiring a mix of big guns and young talents, and placing faith on proved IPL successes.

With Dhawan and Warner at the top and Manish Pandey to follow, SRH already have a solid top three in place. Unfortunately, if they don t pick Kane Williamson, their middle-order will have to depend on inexperienced hands.

However, they have backup. Wriddhiman Saha and Shreevats Goswami, the Bengal glovemen, may both play. They have two excellent all-rounders in Shakib Al Hasan and Mohammad Nabi, both of whom can both drop anchor and go ballistic. And of course, there is Yusuf Pathan, who continues to vary between destructive and abysmal.

Even if Hyderabad pick both Nabi and Shakib to go with Warner, they will still have room for Rashid. That will mean Mehedi Hasan Miraz sitting out, though he will certainly find a place at some point of time (remember, he is also a good batsman).

Bhuvi s band seems a formidable lot. Basil Thampi, Siddarth Kaul, and Sandeep Sharma can play the perfect support act, with Rashid, Shakib, and Nabi joining in later. All in all, had they had another experienced Indian batsman, Hyderabad would have fielded a near-perfect side. 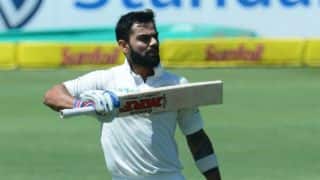