With the two big guns of international cricket not participating in IPL, the doors have opened for many others.

Steven Smith and David Warner’s ban from cricket and IPL 2018 has shocked the fraternity. The infamous ball-tampering incident in the third Test between Australia and South Africa has also led to fresh headaches in IPL camps. Smith and Warner were to lead Rajasthan Royals (RR) and Sunrisers Hyderabad (SRH) respectively.

With the two not participating in IPL, the doors have opened for many others. This IPL auction was a surprise to many as many big players were unsold and unexpected players earning a fortune. The T20 specialist Chris Gayle, who has been orange cap holder for two seasons was selected in the final round on his base price.

Ajinkya Rahane has already been handed the captaincy of Royals, whereas Sunrisers are yet to announce their new captain. Here is a list of 10 possible players who could replace the Smith and Warner pair in IPL.

The former New Zealand cricketer won the Man of the Tournament in the just concluded Pakistan Super League (PSL). He ended up as the top run-scorer with 435 runs in 11 matches. Whereas his international record in the shortest format is not very impressive, he was in a fierce form in PSL. Ronchi also lends balance to the side as an wicketkeeper.

Another New Zealand player who is known for his aggressive batting and brilliant fielding is among the top options that cannot be ignored. Guptill recently surpassed Virat Kohli and Brendon McCullum to become the top run-scorer in T20 Internationals. He had been a part of Mumbai Indians and Kings XI Punjab. He ranks 5th in the ICC batting rankings in T20Is.

In the recently concluded Nidahas Trophy, Sri Lanka did not qualify for the final but a big positive for them was Kusal Perera’s form. Kusal has been a regular member of the limited-overs squads for Sri Lanka but this series he anchored the batting line up and made a different. In the opening match of the series the hosts defeated India with Kusal scoring 66 off 37 balls. He scored 204 runs in four matches at an average of 51.

Moises Henriques made his IPL debut in 2009 and last played for Sunrisers Hyderabad in 2017. He has proved to be a promising all-rounder for Hyderabad and won many matches for them. He contributes with four important overs and can be a dangerous customer with the bat. He already has 939 runs at 38 wickets in IPL.

Alex Hales is ranked at No.7 in T20I batting rankings. An explosive top-order batsman, he has an impressive record in the format. The English cricketer has 2 centuries in T20s and a strike rate touching 144.

Shaun Marsh was among the first few to smash a IPL and even finished the inaugural season owning the Orange Cap. Ever since he has been a regular member of Kings XI Punjab. In his 71 IPL matches he has scored 2477 runs at a strike rate of 132. His experience in IPL makes him a perfect fit.

Joe Root was gutted at not being picked in the IPL 2018 auction. He has played only 25 T20Is but he has a good record in this format. One of the finest batters in the game, Root can be the much-needed anchor and fill in as the apt replacement for Smith for the Royals.

The English captain for the limited-overs will be one important players to look out for. Morgan made his IPL debut in 2010 and has played 52 matches ever since scoring 854 runs. He has been in good form recently as he scored 102 runs in two matches in the T20I tri-series. Another positive about Morgan is the leadership skills. For both, Royals and Sunrisers, Morgan can be a fit. He has also opened in the past.

Jonny Bairstow was all over the news when he smashed the third fastest ODI century for England. He crossed the triple digit mark in only 58 deliveries. It was against New Zealand in the series decider at Hagley Oval. Earlier he has smashed 138 but ended in losing cause. He has been in prime form in recent times and that would make him a good pick. Also, he too gives the side the wicketkeeping option. 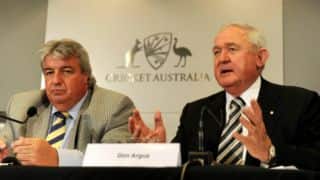