The first thing that comes to mind talking about T20 is the explosive batting and high scoring games.

The first thing that comes to mind talking about T20 is the explosive batting and high scoring games. The format has always favoured the batsmen. The case has been same with Indian Premier League (IPL), ever since its inception in 2008. Ahead of IPL 2018, let us look at the most successful batters in the cash-rich league. Here is a list of five top run-scorers in the IPL.

Suresh Raina has been prolific in IPL. In fact, he has been the most successful batsman in the league. He has been playing since the tournament’s inception and has played a record 161 matches. His IPL chronicle started with Chennai Super Kings (CSK), before he led Gujarat Lions (GL) for two seasons after CSK was banned for two years. This IPL 2018 we will see the return of CSK and Raina will want make the matches count. Even selectors will be keenly following the southpaw’s performance and he can use this platform to stage an ODI comeback.

The run machine has been with Royal Challengers Bangalore (RCB) since the start. The 2016 season made him the monster. Virat Kohli opened the batting with Chris Gayle and scored 973 runs as RCB finished runners-up. He is only 122 runs behind Raina. Kohli has been in incredible form since the start of 2018, He ruled the runs chart in South Africa and it will not be a surprise if Kohli climbs up the ladder in this list

MI owes a lot of its success to Rohit’s willow. He has scored 4207 runs in his IPL career with a century and 32 half centuries. Rohit recently led a young Indian team to title victory in Nidahas Trophy in Sri Lanka where he found form towards the end of the tournament.

Gautam Gambhir ranks fourth in the list of all time run scorers with 4,132 runs in IPL career. Gambhir is yet to slam a century in the tournament and has a highest score of 93. He has 35 half centuries to his name and holds the record for most fours (483) in IPL history. He started his journey with Delhi Daredevils (DD) in 2008 and then in 2011, was bought by Kolkata Knight Riders (KKR). He led the KKR to two title wins. This year we will see his return to the DD squad. Can he turn the fortunes for Delhi and help them lift their maiden IPL trophy?

Unfortunately, David Warner will only slip below in this list. One of IPL’s best batters, Warner is banned from this edition due to his involvement in ball-tampering. He led Sunrisers Hyderabad (SRH) to a title win in 2016. The team will be missing their regular captain. A Warner-less IPL will really be a shame. 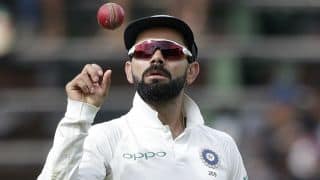