Sunrisers Hyderabad (SRH) and Chennai Super Kings (CSK) are already through, while Delhi Daredevils (DD) are no longer in the hunt.

Mumbai Indians (MI) had kept their hopes of qualifying for the Playoffs of Indian Premier League (IPL) 2018 alive after annihilating Kings XI Punjab (KXIP) at Wankhede Stadium, Mumbai on Monday. Then Kolkata Knight Riders (KKR) pulled off a comfortable win against Rajasthan Royals (RR) in a crucial match at Eden Gardens, Kolkata. While neither match pushed any side to the Playoffs or to elimination, they changed the table somewhat after what it was after the weekend. Before we have a look at what each side needs to do to qualify for the Playoffs, let us have a look at the points table.

Sunrisers Hyderabad (SRH) and Chennai Super Kings (CSK) are already through, while Delhi Daredevils (DD) are no longer in the hunt. In fact, SRH have already made it to Qualifier 1. Here is what the other teams need to do to qualify for the Playoffs. Let us also check the remaining matches:

KKR will qualify if they beat SRH. In fact, if KKR beat SRH and CSK lose both matches, KKR even stand with a chance to make it to Qualifier 1 to play SRH. Other than KKR and CSK, only KXIP are in a place to do that.

What if KKR lose to SRH? That will put their place in some jeopardy, but not much. If KXIP beat MI and CSK they will go past KKR to reach 16. Now, if RR beat Royal Challengers Bangalore (RCB) they will reach 14, in which case one of RR and KKR will qualify on net run rate (KKR are some distance ahead).

On the other hand, if KKR lose to SRH and RR beat RCB and MI beat both KXIP and DD, that will put MI, RR, and KKR on 14 points. If KXIP beat CSK they, too, will finish on 14. Then net run rate will come into play for four teams. Just like MI, RCB have a chance to reach 14 as well.

The ideal scenario for RR will involve RR beating RCB and KXIP beating MI but losing to CSK. That will push both RR and KXIP to 12 and eliminate both MI and RCB. At this point RR s net run rate is superior to KXIP s.

Another option is RR beating RCB and MI beating KXIP but losing to DD. However, this will make RR s chances more difficult, as MI has a substantially better net run rate than RR s.

What if RR lose to RCB? Their chance won t completely vanish, provided MI beat KXIP and SRH beat RCB and DD beat MI and CSK beat KXIP. If that happens, RR, KXIP, MI, and RCB will all be tied on 12, and compete for that fourth Playoffs spot.

They may be fifth on points table with an abysmal net run rate, but KXIP are actually better placed than some (RR, for example). They have 2 matches in hand, and winning both will see them through.

If KXIP beat MI but lose to CSK, they will still have a direct path if SRH beat RCB and RCB beat RR. In that case they will qualify without net run rate coming into play. If one of the latter outcomes do not happen, everything will be down to NRR, which is something KXIP (-0.518) do not want.

If KXIP beat CSK but lose to MI, they will still qualify (irrespective of NRR) if DD beat MI and RCB beat RR. If the result of one of the two is altered, it will obviously come down to NRR.

If KXIP lose both matches they still have a chance! The equation looks improbable, but here it is: RCB will have to beat RR but lose to SRH and DD will have to beat MI and KXIP will need to have a net run rate superior to RR, MI, and RCB (all four teams will be tied on 12).

MI will be eliminated if they lose to KXIP. A defeat will mean MI getting stuck at 12 or less, whereas there will be four teams (SRH, CSK, KKR, and KXIP) on 14 or more.

If MI win both matches and SRH beat RCB and RCB beat RR and CSK beat KXIP, MI will go through directly without NRR into the equation. If one of that doesn t happen, MI are still safe: they have the highest NRR among all teams, the top two included.

Though they are languishing at seventh spot, RCB are better placed than it meets the eye. If they win both matches, for example, they will go straight through if MI beat KXIP but lose to DD and CSK beat KXIP. That will put RCB at 14 and the others at 12. Even if one of these doesn t happen, RCB can go through on NRR: of the five competitors for the two Playoffs slots, only MI (0.405) are above their 0.218.

Now, if RCB beat RR but lose to SRH they will have to expect SRH, CSK, and DD (the three teams not in contention anymore) to win everything. That will help them tie with RR, KXIP, and MI on 12. On the other hand, if RCB lose to RR they will be eliminated (RR will reach 14 but RCB will never cross 12). 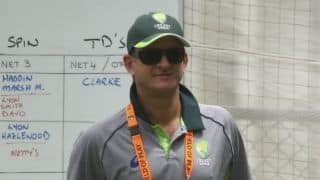