Dhoni's acumen, Pant's bravado and the Kotla track are all bound to be intrinsic to the result.

Here are talking points ahead of the game:

In the yellow corner, a legend of the game who has captained India to the World Cup, World T20 and to the No 1 ranking in Tests. MS Dhoni has also led Chennai to three IPL titles, the most recent in 2018. Shreyas Iyer has captaincy experience but man to man his experience pales in comparison to Dhoni.

Dhoni knows this Chennai squad in and out, with the management retaining the core group. Delhi are a team in the rebuilding phase and this is Iyer’s first full season in charge. He has a big role to play as captain and top-order batsman which can test the steeliest of men. (VIDEO: Pant power vs Dhoni s acumen)

Tactically, so much about Tuesday’s match at the Kotla hinges on how Dhoni and Iyer lead their respective teams.

Rishabh Pant vs the spinners

During his explosive 27-ball 78 against Mumbai on Sunday, Rishabh Pant did not face a single delivery from a spinner. Of his 78 runs, 68 came on the legside in a display of nonchalant hitting, with Pant repeatedly walking across the stumps to flick, heave and disdainfully swat the pace bowlers away.

Dhoni will be aware of Pant’s hitting abilities, and so you can expect him to try spin. Pant, the eager hitter that he is, will back himself to hit the slower bowlers but CSK have a very crafty assortment of spinners. (READ: We respect Pant, but won’t focus on him alone: Fleming)

Will CSK put faith in spin?

The tournament opener on Saturday was arguably won before a ball had been bowled. Dhoni, the astute tactician that he is, read the surface at the MA Chidambaram Stadium in Chennai better than Bangalore skipper Virat Kohli did, picking four spinners in his XI and telling Harbhajan Singh the day before that he would be bowling inside the Powerplay. (Opening weekend recap: Pant and Russell sizzle, Bangalore fizzle)

When he won the toss, Dhoni chose to field and turned to Harbhajan for the second over of the game. Harbhajan claimed 3/20 in four overs, Imran Tahir grabbed 3/9 in his four and Ravindra Jadeja took 2/15 in four. The result was that Bangalore were bowled out for 70 in 17.1 overs.

The Kotla surface will not be a raging turner, and so Chennai may have to rethink their approach. You can expect to see Harbhajan, Tahir and Jadeja in action but will Deepak Chahar be enough as the specialist fast bowler? As well as he bowled in Chennai, Chahar may not be strong enough to be relied on, and with Dwayne Bravo having bowled just one delivery in the last game, there is not enough evidence to see how he fares across four overs.

Delhi picked three outright fast bowlers against Mumbai – Kagiso Rabada, Trent Boult and Ishant Sharma – and the canny medium-pacer Keemo Paul. Each managed at least one wicket, with Rabada’s 2/23 in four overs being a big factor in the end result. Against a formidable Chennai top three comprising Shane Watson, Ambati Rayudu and Suresh Raina, how the trio of Boult, Rabada and Ishant fare could set the tone for the result.

Watson is coming off a strong PSL, Rayudu lost his place in India’s ODI XI and Raina has not had a lot of runs to his credit this season. 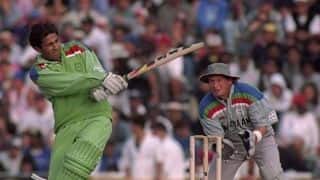 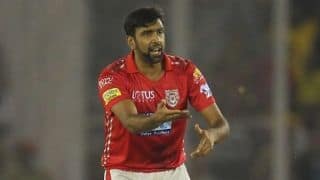