Our pick of the top five uncapped India players who could set the IPL stage on fire this season.

Indian Premier League has served as the perfect launchpad for cricketers to storm into national reckoning. The global attention and limelight the annual T20 league draws makes it a perfect platform for the youngsters to make an impression or for those slogging it out in the domestic circuit to rub shoulders with the best in the business and further improve their game. (READ: How will the five costliest purchases fare?)

The latest edition of IPL promises to throw up a bunch of them and here’s our pick of the top five uncapped India players who could set the stage on fire.

Varun was the story of the IPL 2018 auction in December where he was bought by Kings XI Punjab 42 times over his base price. The mystery spinner is armed with six variations and therefore is one of the top uncapped players to watch out at the IPL 2019. He gave up playing professional cricket for a career in architecture but couldn t stay away for long. Initially a fast bowler, he turned to spin bowling after resurrecting his career. Following sessions with IPL giants of the likes of Chennai Super Kings, Kolkata Knight Riders and Mumbai Indians, he was the talk of the town during the Tamil Nadu Premier League (TNPL). He impressed with his ability to plug the flow of runs, delivering 125 dot balls (he bowled 40 overs). Then in the Vijay Hazare Trophy, he finished with 22 wickets from nine matches the second-highest of the one-day tournament. (READ: Leading wicket-takers in IPL history)

A day prior to the IPL auction in December, allrounder Dube gave a timely reminder to the franchisees of his power-hitting with five sixes in as many deliveries during a Ranji Trophy match for Mumbai. Naturally, the next day when his name came up for grabs, the franchisees fought hard to secure his services with RCB winning the race and that too for a cool INR 5 crore. Last year, he caught attention hitting Pravin Tambe for five straight sixes in Mumbai T20 league before taking 13 wickets with his seam bowling the fourth best for Mumbai in a successful Vijay Hazare Trophy campaign. In the Ranji Trophy, he was Mumbai s top wicket-taker (23 at 23.21) and second highest run-getter (632 at 52.66). He just played two matches in the Syed Mushtaq Ali T20 tournament. His impressive record over the domestic season gone by surely makes him an exciting prospect.

Ishan was in excellent form for his domestic side Jharkhand, scoring bucketful of runs across format. The opening batsman had a decent Ranji outing where he scored 409 runs at 37.18 but with a strike-rate of 92.11. Before Ranji, he had a fruitful Vijay Hazare Trophy campaign, hitting one century and three fifties to make 405 runs in 9 matches with a strike-rate of 111.57. In the season ending Syed Mushtaq Ali T20 tournament, he became the second Indian with back-to-back centuries in the format. From eight matches, he finished with 333 runs at 55.50 and a strike-rate of 151.36. The left-handed opener had a below par season for Mumbai Indians last year scoring 275 runs in 14 matches. Despite that, the franchise put faith in him, retaining him for the upcoming season. And the 20-year-old will be eager to repay in kind.

Suryakumar shone brightly amidst a forgettable last season for Mumbai Indians. He batted in the middle order when the season kicked off before being bumped up the order to open the innings. He responded to it by scoring four half-centuries, becoming the fourth-highest run-getter for batsmen playing 14 matches. Surya combined with Evin Lewis to form a strong opening pair, and even though the West Indies opener failed to capitalise on his opportunities. He scored 512 runs at a strike-rate of 133.33 with four half-centuries. In the Syed Mushtaq Ali T20 tournament, he finished as the sixth highest run-getter with 360 runs at 51.42.

Rana can score at a brisk pace and can be handy with his offbreaks too. Mumbai Indians let go of his services in 2018 despite the Delhi batsman making quite an impression for them in the previous edition [IPL 10]. Kolkata Knight Riders were impressed by what he did against them during a league match in 2017 and thus shelled out INR 3.40 crore to secure his services. He didn’t exactly set the stage on fire again, scoring 304 runs with one fifty. However, there’s no doubting his talent and with his bowling, could turn out to be a key player for KKR.

He though may find some competition from Rinku Singh in the playing XI. In the Ranji Trophy season gone by, Rinku notched up 953 runs in 10 matches at an incredible average of 105.08. In Syed Mushtaq Ali Trophy, Singh scored 208 runs from 11 games at a decent average of 29.71. 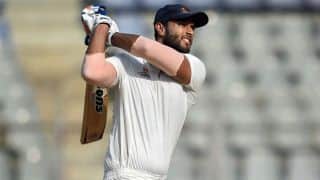 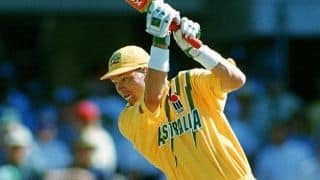