With six defeats in their opening six matches, RCB have to win this match or else it s the end of the road for Kohli and Co.

Virat Kohli won the toss and the Royal Challengers Bangalore (RCB) have elected to field in a virtual do or die match against Kings XI Punjab (KXIP) in match 28 of the Indian Premier League (IPL 2019) at the Punjab Cricket Association s IS Bindra Stadium in Mohali on Saturday.

With six defeats in their opening six matches, RCB have to win this match or else it s the end of the road for Kohli and Co.

Here s what the captain had to say at the toss:

Virat Kohli: “We are gonna bowl. There is a lot of dew later on and we are a team that likes chasing. I have lost 5 out 6 tosses, so wanted to bowl first. We have no option but to come out and fight every game. Our position in the table is a reflection on how we have played so far. We are playing with three foreigners, Umesh Yadav replaces Tim Southee.”

Ravichandran Ashwin: “That’s how the IPL is (you win some, lose some). You will have to string wins together. We can get the momentum by winning games consistently. We have played some good cricket over the seven games. We have been very consistent; chased down totals and defended totals. We have played some close games as well. We have a couple of forced changes – Hardus Viljeon is down with flu, Andrew Tye comes in. Mayank Agarwal comes back in and Murugan Ashwin comes in for Ankit Rajpoot.” 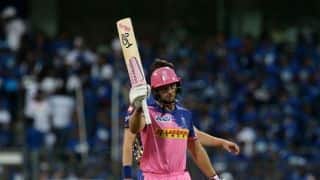 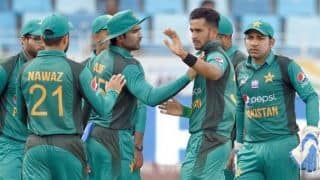