After registering their first win of the season in their previous match, Rajasthan Royals face red-hot Kolkata Knight Riders.

How do you stop Andre Russell? The question must be eating away Ajinkya Rahane as he awaits the arrival of ‘Russell Storm’ in Jaipur on Sunday as his Rajasthan Royals face Kolkata Knight Riders.

His superb form has seen KKR surge to victories from difficult positions right from their season opening game against Sunrisers Hyderabad. Russell’s brutal hitting has been the common thread running through their impressive show.

So, how do they neutralise Russell? Spin. Although, RR are struggling with their bowling, the form of legspinner Shreyas Gopal has been good news. In their last match, Gopal bamboozled RCB pair of Virat Kohli and AB de Villiers with his googlies which eventually proved decisive in guiding them to a maiden win of the season.

Before they even focus on the Jamaican, RR will have to deal with KKR’s top order that has been in equally good, if not destructive. Their spin trio of Kuldeep Yadav, Sunil Narine and Piyush Chawla only adds to the challenge. But RR have just won their first match and the high-on-confidence hosts will be itching to keep the momentum. They also boast of world-class batting order but barring a couple, the rest are yet to fire on all cylinders. RR will have to rise to the challenge or they are sure to be walloped by red-hot KKR.

Weather: Temperature to hover between 25 and 39 degrees

Sanju Samson missed the RCB clash through injury. There’s no update on him as of now but if he does get fit should walk back in the XI. The form of their two big overseas stars Steven Smith and Ben Stokes should be a concern. Smith did play a solid innings against RCB but has failed to score freely. Tim to bring in Ashton Turner in his place who can be their designated finisher. Jaydev Unadkat was benched but his replacement Varun Aaron leaked 16 runs in the only over he bowled. Will he get another go?

There’s little that’s going wrong with Kolkata at the moment. Opener Chris Lynn has shed his poor run for form with a decent 31-ball 43 against RCB on Friday. That they chased down 206 without a single batsman hitting half-century speaks volumes of their top-order. The only are of concern is pacer Lockie Ferguson who has two wickets in four matches, averaging 73 and economy of 10.42. Time to bring in Harry Gurney?

“I still say I’m fortunate and lucky to get such big wickets (Kohli and De Villiers). As a youngster, it’s not going to come everyday and it’s one of my biggest moments. I was more fortunate and our plans worked today. Shreyas Gopal

“I think as much as well he (Russell) batted, it s time we all started to bowl better and help the batters.” – Dinesh Karthik 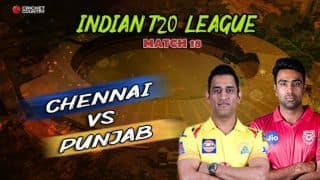 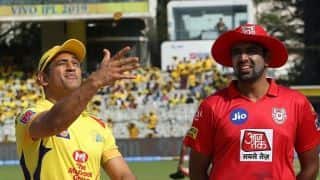