The match holds more significance for the Orange Army who are in a must-win position to ensure they qualify for the knockouts.

Virat Kohli has won the toss and Royal Challengers Bangalore, playing for pride, have opted to bowl in their last league game of the Indian Premier League (IPL 2019) against Sunrisers Hyderabad at the M Chinnaswamy Stadium on Saturday. The match holds more significance for the Orange Army who are in a must-win position to ensure they qualify for the knockouts.

Virat Kohli: “We will bowl first. It feels amazing, no brainer about chasing, back to what we do best. We will play our hearts out for the fans, they are probably the most amazing lot in the IPL, we want to win it for them. CdG replaces Stoinis who has gone home, Sundar replaces Negi and Hetmyer gets a game, instead of Klaasen.

Kane Williamson: “We would have been bowling as well. Both of us haven’t won too many tosses, but now we need to bat well and put the runs on the board. Need to make small adjustments and hopefully we will put in a strong performances. One change for us, Yusuf Pathan replaces Abhishek Sharma.” 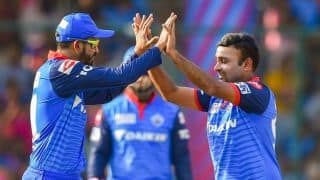 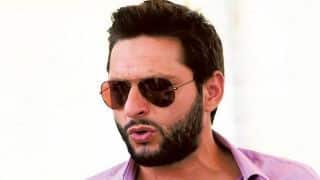