Another loss for the Hyderabad, currently sitting at the sixth spot in the points table, and it will be a herculean task for last year s finalists to qualify.

The Indian Premier League (IPL 2019) has reached that stage when a defeat or a win can turn the tide in the team s favour. This holds very true for Sunrisers Hyderabad (SRH) on the wrong end of a losing streak something which they would want to halt when they host Chennai Super Kings (CSK) in Match 33 at the Rajiv Gandhi International Stadium on Wednesday.

Sunrisers, who secured three back-to-back victories after their loss in the opening encounter, have failed miserably in the last three games having succumbed to three heavy defeats against Delhi Capitals (by 39 runs), Kings XI Punjab (by six wickets) and Mumbai Indians (by 40 runs). It is their batting that has let them down. Besides the explosive duo of David Warner and Jonny Bairstow, none of the others have stepped up to the task to finish off games.

Fitting case to note is Sunrisers previous game against Delhi Capitals. The Orange Army were in the driver s seat during the run-chase but botched up the chase badly in the end losing an incredible eight wicket with just 15 runs. Warner and Bairstow set tone of the chase with a 72-run partnership, but once they departed the SRH innings nosedived big time. (ALSO READ: 8/15, Khaleel’s comeback and other talking points)

Another loss for the Hyderabad, currently sitting at the sixth spot in the points table, and it will be a herculean task for last year s finalists to even arrive at the stage they reached if not go one step ahead this edition.

As far as table-toppers Chennai are concerned, everything has been going right for the aging team. In the batting department, Suresh Raina, Faf du Plessis and captain MS Dhoni have been among runs, but CSK s revelation this season has come from their bowling department in legspinner Imran Tahir. The 40-year-old South African has really lit up the tournament with 13 wickets in eight matches and sits on No. 2 in the Purple Cap list led by Kagiso Rabada. (ALSO READ: IPL 2019 so far: Controversies, showdowns and a memorable comeback)

The question we all are waiting for to see is whether Hyderabad can stall their losing streak at home or will Dhoni and Co. spoil the party for the orange brigade. Let s wait and watch!

Weather: Sunny with a maximum high on 39 degrees Celsius

You can also follow LIVE coverage of the match on CricktCountry (Sunrisers Hyderabad vs Chennai Super Kings: SCORECARD)

The move to give Khaleel Ahmed his first match against Delhi Capitals was a hot and cold one. Although the young left-arm pacer pocketed three wickets, he was a tad bit expensive. Siddharth Kaul could regain his place for this important fixture. Yusuf Pathan and Manish Pandey are also expected to be back in the playing XI with none of their replacements Ricky Bhui and Abhishek Sharma making much of an impact in the previous match.

It will be interesting to see how Ambati Rayudu reacts to his omission from the ICC World Cup 2019 squad that was announced on Monday. Rayudu has found some form with a half-century against Rajasthan Royals and one who was seen as a sure-shot No.4 in the national team, may just channelise the disappointment against a faltering Sunrisers. Although the pitch at Hyderabad was on the sluggish side, Delhi pacers claimed 10 wickets (four to Rabada, while three each went to Chris Morris and Keemo Paul).

What has been working for CSK is that most of Dhoni s strategies have paid off. MSD has played various combinations depending on the surfaces and more often than not, his team-mates have responded pretty well. Keeping the pitch in mind, CSK may opt to replace Mitchell Santner with Harbhajan Singh. Otherwise not much of tinkering is required.

— CSK have won their last four meetings with SRH

No, never any complacency in a tournament like this. Any team on the table can beat anybody. For us, it’s about executing our plans and play our style of cricket. It’s one of those things. The two at the top of the order have been prolific. Kane Williamson (Sunrisers Hyderabad captain) 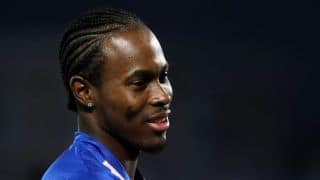