The core of the team remains the same, so there is no reason to believe why MI can't brush off the disappointment of last year.

Champions one year. Erratic the next. That seems to be Mumbai Indians‘ performance graph over the last six years in the Indian Premier League. Dating back to 2013, when MI were first crowned champions, they have been crowned winners every alternate season. And in the ones they haven t, MI have left plenty to be desired from a team that boasts some of the biggest names in T20 cricket. (ALSO READ: IPL 2019 team preview: Chennai Super Kings target encore)

They previously won in 2017, but, finished fifth last year. Of the six matches they won, three came during the fag end of the season, where they were battling to secure a place for the playoffs. In the end though, the irregularities of the first half caught up and MI s party was spoiled by the already-eliminated Delhi Daredevils. (ALSO READ: Indian Premier League: Previous winners over the years)

Where Mumbai suffered the most in 2018 was their inability to finish off matches. They began the season with three straight defeats all encountered in the last over. The failure of the big guns didn t help. Rohit Sharma, Kieron Pollard, Hardik Pandya struggled as per their standards, while only Suryakumar Yadav fired at the top. That said, almost all the six wins registered by them were convincing. Royal Challengers Bangalore were outplayed by 46 runs,Kolkata Knight Riders routed by 102 runs and Chennai Super Kings beaten by eight wickets. And this knack of firing big is what makes MI a dangerous side. (ALSO READ: IPL stint with Mumbai Indians improved me: Mayank Markande)

If the fabled pattern is to be followed, which has seen them lift the IPL Trophy thrice in the previous six season, then 2019 yet again has something special lined-up for MI. They strengthened their batting department bagging South Africa wicketkeeper-batsman Quinton de Kock during the transfer window, and during the auction, bought six players with Barinder Sran being their costliest buy for Rs 3.40 crore. (ALSO READ: The curse of Indian Premier League only 3 of original 8 intact)

The highlight of their auction was the purchase of India veteran Yuvraj Singh, who was bought in the second round for Rs 1 crore, a deal the owner Akash Ambani termed as a steal . Sri Lanka pacer Lasith Malinga was bought back for Rs 2 crore, having served the franchise as a mentor last season.

Here is a detailed look at the MI squad and what can be expected from them this IPL 2019.

You cannot state it any simpler. When Rohit scores, Mumbai Indians chances of winning skyrocket. Last season, Rohit scored two half-centuries, with MI winning both games. On the contrary, each time he didn t, MI slumped. The three-time IPL winning captain endured a tough season last year, with just 286 runs from 14 matches. But entering the 2019 season, MI have the confidence of Rohit s magnificent limited-overs form which he s displayed for India. In October last year, Rohit became the first player in the history of the format to score four centuries, registering hundreds against England and the West Indies. Besides, Rohit had an equally cherished run in ODIs, scoring five centuries and breaking the record for the most 150-plus scores in the format. To go with those impressive numbers, Rohit already has a century and two fifties in 2019.

If you’ve come across the Mumbai Indians documentary on Netflix, you would be aware just how involved Mahela Jayawardene has been in the scheme of things. He isn’t once to mince words and doesn’t shy away from making the tough call when needed. Jayawardene, in two seasons, has seen both sides of the coin and the Sri Lankan great will be keen to get rid of the chinks that hurt MI last year. His biggest task however will be to put faith in the fringe players MI possesses, in particular Siddhesh Lad, who despite being associated with the franchise since 2016, is yet to feature in the Playing XI.

This is where things get interesting. De Kock, their first acquisition, is the perfect replacement at the top if Lewis continues to misfire. With de Kock keeping wickets, it also gives MI the luxury of playing a batsman/bowler extra without necessarily having to stick to Ishan Kishan or Aditya Tare. Sran however, MI’s costliest buy, is currently playing the Syed Mushtaq Ali Trophy where he has gone wicketless in four out of five matches. Anmolpreet Singh hasn’t fared any better, with scores of 4, 6, 12 and 5 so far. Malinga remains an integral part of MI but his effectiveness in T20Is remains a question. Pankaj Jaswal and Rasikh Dar are promising youngsters who have done reasonably well in the domestic circuit. Last but definitely not the least, all eyes will be on Yuvraj to produce a repeat of his glory days.

As mentioned before, MI have benefitted aplenty from their big names. Hence, Rohit Sharma, Kieron Pollard, the Pandya brothers Hardik and Krunal need to fire after a disappointing 2018 season. Mitchell McClenaghan was the leader of their pace attack last year, but this year, Jason Behrendorff should take over the mantle after his memorable ODI debut against India in Australia. Kishan is another big draw for MI having shown stellar form in the Syed Mushtaq Ali Trophy where he slammed back-to-back centuries, becoming the second batsmen after Unmukt Chand to do so in the tournament.

The core of the team remains pretty much the same, so there is no reason to believe why MI can’t brush off the disappointment of last year. But the fact that so many of their players have the World Cup to prepare for, there ought to be questions regarding their workload management. That said, each time MI come together as a team and click, a Playoff berth is guaranteed. A crucial factor remains the shuffling of the big names. If Mumbai can solve that puzzle, do not rule out the possibility of a record fourth title. 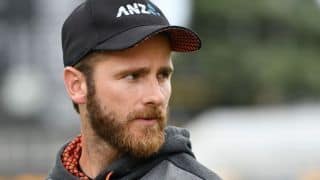