Delhi Capitals is bound to grown in stature. The spark has already been ignited and if their Indian players can carry on this form next season, expect another top three or an even better finish.

It must have been heart-breaking for Delhi Capitals to go down to Chennai Super Kings for the third time in the Indian Premier League (IPL 2019) this season following a six-wicket defeat in Vizag on Friday, but they can reflect on a good season that saw them finish in the top four for the first time since 2012.

For starters, the franchise went through a complete structural overhaul before the season that included wholesome changes in ownership, logo, jersey, players, support staff as well as team name. With the ‘Daredevils’ tag gone, Delhi finally found redemption with a third-place finish which is by far their best performance.

Not many would have thought that DC would reach Qualifier 2. The rechristened side invested heavily in a band of young boys – almost half the team are youngsters – and under the able guidance of head coach Ricky Ponting and advisor Sourav Ganguly, they embarked on a journey that not only they, but the capital city will always be proud of. (ALSO READ: Don’t be surprised if Delhi Capitals soon become IPL champions: Sunil Gavaskar)

Delhi Capitals kicked off IPL 2019 with a 37-run win over three-time champions Mumbai Indians. Although they lost the next match to CSK, they gave a glimpse to opposition teams not to take them lightly when they won a thrilling Super Over against Kolkata Knight Riders with Kagiso Rabada emerging the hero from that memorable match at the Feroz Shah Kotla. The South African pacer, who led the bowling attack and fortunately was part of the unit, left a mark on his team. Even though he played just 12 games before heading home with back stiffness, he still donned the Purple Cap with 25 wickets before the IPL 2019 final. Rabada was another youngster who made the city proud with his ability to hold his nerves in crunch games. No better example than the Super Over against KKR.

The low point in Delhi Capitals’ emphatic journey this season ironically had its roots at home. In their first four games at home, DC lost three before winning the last three games in a row. From the seven matches they played at home, they could eke out four wins wins including the Super Over madness against KKR and it was thanks to the questionable Kotla surface that came under much criticism from coach Ponting, who termed it their worst pitch. With the pace taken off the wicket, the flamboyant Delhi batsmen – the likes of Prithvi Shaw, Rishabh Pant, Shreyas Iyer – all fell prey to the turning ball in their own backyard.

The fact that Ponting went on record to state that captain Shreyas Iyer has done a good job to replace his successor Gautam Gambhir was a comment of high regard. Iyer, who has played only six ODIs for India, endorsed Delhi’s fearless batting approach and marshalled his troops with confidence, not succumbing under pressure and also did win the confidence of his senior players. “Loving the way we have gelled as a family. The coaches and support staff have been amazing. A lot more to come next season. We’ve found the base, now is the time to grow,” said Iyer.

The plan for this season for Delhi was to build a team for the future. They identified the talent, picked the right players in the auction and wholeheartedly backed them. One who took full advantage of this policy was Rishabh Pant. The 21-year-old batsman has been in great form in the ongoing IPL, scoring 488 runs in the 16 matches he has played. His runs have come at a blistering strike rate of 162.66. One who was pitted as MS Dhoni’s successor at the ICC World Cup 2019, but was left behind, Pant may have faced the wrath of being a little immature with his batting, but the fiery youngster displayed his worth at Vizag where he played a brisk 49-run knock which came off just 21 balls as Delhi Capitals defeated Sunrisers Hyderabad (SRH) in the Eliminator to win their first knockout match in the tournament’s history.

South African batsman Colin Ingram turned out to be the major disappointment for DC. The 33-year-old only managed 184 runs in 12 games at a strike rate of 119.48. He didn’t get much overs to bat, but not once managed to play a standout knock. The southpaw, who was zeroed in on the finisher’s role, looked nowhere near his best and it won’t come as a surprise if Delhi release him ahead of the next edition.

Going forward, Delhi Capitals is bound to grown in stature. The spark has already been ignited and if their Indian players can carry on this form next season, expect another top three or even better finish. However, if DC want to improve on an area, then they would like to bring on board a finisher like an Andre Russell or a Glenn Maxwell, something that was missing this season. 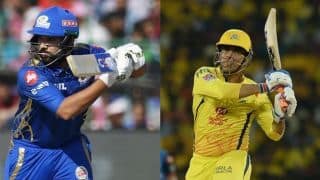