The emergence of 17-year-old Riyan Parag and resurgence of Shreyas Gopal are the only two positives to write home about for Rajasthan Royals.

Rajasthan Royals, with a change of colours to go with the nickname of the city the franchise is based out of, had one of the most exciting array of talent at their disposal at the start of IPL 2019 in Jos Buttler, a returning Steve Smith, Ben Stokes and Jofra Archer, yet with just one win in their first six matches, RR found themselves behind the eight-ball early and never really recovered.

The departures of Buttler, Stokes and Archer further dented them, especially with lack of form of Stokes and a fickle pace bowling departement.

The emergence of 17-year-old Riyan Parag and resurgence of Shreyas Gopal are the only two positives to write home about for Rajasthan Royals.

That Rajasthan managed to string together two wins in a row in all their 14 matches at the fag end of the tournament was the high point for the team, but that came a bit too late for them in the tournament. A three-wicket win over Kolkata Knight and seven-wicket win over Sunrisers Hyderabad did keep the team alive for the race for the playoffs till the last week, but they never really threatened to make a comeback. In both the games, it was a complete batting effort that saw them over the line, with Parag showing a good account of himself against KKR with Archer providing the finishing touches; while against SRH, the top-order fired in unison to negate the tournament s best bowling attack.

Three losses at home in four matches after RR had managed to get some momentum going their way brought the curtains down for the team. Ajinkya Rahane, the skipper, failed to inspire as a leader and was sacked from his position with Smith taking over the role and he managed to rallied the troops. Rahane has had little going in his favour as captain, but with the management reluctant to hand over the reins to the Australian who was coming back to the IPL fold after missing out last season due to the ball-tampering scandal, they missed the trick to utilise Smith s tactical prowess, which was far superior than that of Rahane.

KKR steamrolled RR at home with an eight-wicket win and 37 balls remaining before a last-ball six from Mitchell Santner helped CSK take two point. Then, after a well-fought win over Mumbai Indians, RR failed to defend a very good total of 191 against Delhi Capitals.

While Rahane the batsman did his best at the top of the order in his seven matches as a skipper with scores of 27, 70, 0, 22, 5, 37, 26, he failed to lead his team to substantial success. While it will be harsh to blame him for the under performance of the big players, tactically, Rahane was a bit off. Smith took over and RR managed to do a tad better with four wins in the next six games and surprisingly, Smith s bat also started to do the talking after being appointed captain. Rahane should never have been the captain to start off with, and the reluctance of the management to not hand Smith the opportunity to lead was the probably the biggest miss for RR this season.

Undoubtedly leg-spinner Gopal was the standout performer for RR with 20 wickets at an average of 17.35 and economy of 7.22. He took a hat-trick this season against Royal Challengers Bangalore including the scalps of Virat Kohli, AB de Villiers and Marcus Stoinis and had Kohli and de Villiers number twice this season. But, lack of support from other bowlers did not help the team in maximising the efforts of Gopal in the middle-overs.

Ben Stokes played nine matches in the tournament and the only worthwhile thing to remember of the England allrounder was a spectacular diving catch he took at backward point to remove Chennai Super Kings Kedar Jadhav. He managed to score just 123 runs at n average of 20.50 while gave away runs at 31.50, returning with just six wickets.

Another disappointment, only from the point of view of the amount of money shelled out at the IPL 2019 auction was Jaydev Unadkat, who despite being the premier bowler for RR, went at an economy of 10.66. Unadkat was under fire and was even dropped from the team, but the kind of social media beating he has taken has been solely unwarranted for and unfair.

A season to forget for RR, especially after they made it to the playoffs last season. They had a bad start, losing their first three games, and did not play as good as they had been at their home of Sawai Mansingh stadium, losing four of their seven matches there. Despite all this, they were in the hunt for the playoff till the last game against Delhi, in which they failed to turn up, really summed up their IPL 2019 campaign.

Best bowling in an innings: Shreyas Gopal 3/12 vs RCB, Jaipur 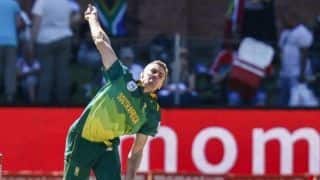