The focus for the cricketing world may be the World Cup, but in the IPL universe the target is the trophy.

Unlike in 2015, when the eighth season of the Indian Premier League came close on the heels of the World Cup, four years on the bulk of the chatter before IPL 2019 is of player workload keeping in mind the ICC Cricket World Cup starting May 30 in England.

Why? Because this is the first IPL season to be held before a World Cup. In 2011, when MS Dhoni‘s Indian team surged to the World Cup title, the IPL was played immediately afterwards. In 2007 there was no IPL.

The 12th edition of the IPL starts on March 23 and is tentatively scheduled to end on May 12, which is just weeks before the World Cup. Needless to say, how boards will keep their star players fit during the next seven weeks of non-stop T20 cricket and travel from city to city is a major focal point.

India skipper Virat Kohli has addressed the issue by stating that player workload is up to the players themselves, but is the matter really that straightforward?

Of course not. This is the IPL, where the stakes are massive – some players will tell you that it is no less than playing at a World Cup – and the conglomerates that own several franchises expect their squads to be fit and available for the duration of the tournament.

In 2019, Kohli’s Indian team is being talked of as viable World Cup contenders, and rightly so given it is ranked No 2 in ODIs and has put up an impressive run of victories since he was named captain in early 2017. A resurgent Australia, the current World Cup holders, have rested several key players from the IPL. Top-ranked England have warily released the likes of Ben Stokes and Jos Buttler to play for Rajasthan Royals, and franchises are aware that these players can be called back.

The Bangladesh Cricket Board has granted a No Objection Certificate to the talismanic allrounder Shakib Al Hasan to feature in the IPL, while instructing him to manage his workload. Shakib missed the entire tour of New Zealand with a fractured finger, and while not yet 100% fit he is expected to play a vital role for last year’s runners-up Sunrisers Hyderabad.

Leading players from South Africa and New Zealand are also in the IPL, and will no doubt have concerns. What happens if Kagiso Rabada joins Lungi Ngidi in getting a niggle, or Trent Boult is injured? (READ: IPL 2019: Record-setters of the past 11 seasons)

This writer is not so convinced about Kohli’s line that workload management is up to the players themselves. The history of Indian cricket tell you that it has never entirely been up to the players. Let’s face it: the IPL is a very intense tournament and it is naive to expect franchises to readily agree to rest their vital players for the sake of the World Cup.

Just look at Mumbai Indians, three-time IPL winners and now in search of a record fourth title. Can you see this team, led by Rohit Sharma and boasting Jasprit Bumrah, the top-ranked ODI bowler, and Hardik Pandya, deciding to rotate these three names for the sake of workload management?

Or for that matter, can you envisage defending IPL champions Chennai Super Kings restingDhoni for a few matches? Or Ambati Rayudu and Kedar Jadhav?

These are big players. Are IPL franchises going to be willing to go three or four matches without them, particularly if they stumble in the race to make the play-offs? Highly unlikely. (READ: IPL 2019: How will the five costliest purchases fare?)

The focus for the cricketing world may be the World Cup, but in the IPL universe the target is the trophy – no matter what it takes.

And so to the IPL and the obvious question: who looks likely to win the pennant?

Take your pick. CSK defied the odds in 2018 to win the title, and under Dhoni you can never write them off. They have the depth in personnel for a fourth IPL title, provided the likes of Ambati Rayudu, Kedar Jadhav and Dwayne Bravo remain fit and consistent because there is only so much Dhoni, Suresh Raina and Shane Watson can do. (READ: Chennai Super Kings – five players to watch out for)

With Kane Williamson at the helm and with a bowling attack featuring Bhuvneshwar Kumar, Billy Stanlake, Siddarth Kaul, Rashid Khan, Mohammad Nabi, Shakib and Basil Thampi, Sunrisers are a very potent threat. Add in the returning David Warner, and this looks an even stronger team.

Rohit stating that he will open the innings for Mumbai should be good news to fans of the Reliance-owned franchise, because that is where he gives the team their best shot of winning. Finishing chases has been a problem and here’s where the middle order has to be better.

Kohli’s Royal Challengers Bangalore have been royally challenged over the years largely because of a weaker bowling ensemble than other franchises, and the matter once again persists. They appear to have bolstered their middle order by adding the likes of Shimron Hetmyer and Marcus Stoinis, but with none of the allrounders proving viable wicket-taking options RCB again look a bit of a muddled outfit.

Then you have Delhi Capitals – formerly Delhi Daredevils – who like each season have assembled an A-team on paper but as we all know, that has never translated into success for the perennial under-performers. A batting lineup featuring Shikhar Dhawan, Shreyas Iyer, Prithvi Shaw, Colin Munro and Colin Ingram is very impressive and with the addition of Nepal legspinner Sandeep Lamichchane, who has had success in every T20 league he turns up at, to an attack already boasting Boult and Rabada this is looking a very good squad. (INTERVIEW: Shreyas Iyer determined to end Delhi Capitals’ barren run)

Two-time IPL champions Kolkata Knight Riders have lost three fast bowlers already, and so much depends on Dinesh Karthik’s leadership. They are a team for the semi-finals, if a very good top order comprising Sunil Narine, Chris Lynn and Robin Uthappa clicks again and the spin trio of Narine, Kuldeep Yadav and Piyush Chawla succeeds. KKR will hope that Narine, Lynn, Andre Russell and Carlos Brathwaite stay fit all season.

Kings XI Punjab and Rajasthan have good squads featuring match-winners in dollops, but consistency has dogged both franchises. With KXIP, the reliance on Chris Gayle and KL Rahul upfront means that a soft underbelly is the weak link. KXIP are also over-dependent on spin in the form of skipper R Ashwin, Afghanistan sensation Mujeeb Ur Rahman and the all-sorts spinner Varun Chakravarthy who has not been seen by a global audience yet. If Andrew Tye cannot stay fit all season, KXIP’s pace stocks are weak.

Rajasthan will welcome back Steve Smith, especially with Ajinkya Rahane under the scanner for his leadership and batting strike-rate. So much depends on Buttler and Stokes, so having Ashton Turner in the middle order is good news. The big issue facing Rajasthan is the international commitments of their England and Australia players, which stands to hurt them in the business end of the IPL.

If players remain injury-free, IPL 2019 could prove a tasty appetiser to this summer’s World Cup. 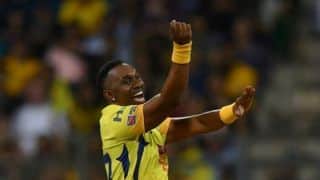