The openers have excelled while batting with caution and aggression working in tandem.

Robin Uthappa and Gautam Gambhir have been a good opening combination for Kolkata Knight Riders in the Indian Premier League (IPL) 2014 and are the key for them, writes Nishad Pai Vaidya.

Robin Uthappa and Gautam Gambhir are somehow connected through the realms of fate. Back in 2007, a youthful Uthappa was chosen over Gambhir for the ICC World Cup in the Caribbean. Then, they played crucial roles in India’s triumph at the inaugural ICC World T20 2007. However, a few months down the line, Gambhir firmly established himself in the side and Uthappa found himself out of favour. Today, they open the batting for the Kolkata Knight Riders in the Indian Premier League (IPL) 2014 and have done a good job so far.

The Gambhir-Uthappa partnership has worked wonders for Kolkata since they came together against Rajasthan Royals. In four outings together, they have recorded two century stands and an important fifty-run partnership. Kolkata didn’t have an easy United Arab Emirates (UAE) leg and had a tough start in India as well. However, they have turned their fortunes with two consecutive victories and a lot of the credit must go to the pair. Although their first century stand failed to yield a favourable result as there was a dramatic collapse, they have made it count in subsequent games.

Uthappa’s main forte is to open the batting and he is the most effective there. You may not get the best out of him by placing him in the lower-order. A free stroking batsman like him will give you immense value at the top. During the India-leg, he has been very consistent and is the leading run-scorer amongst Indians in the IPL. In a table dominated by foreigners, Uthappa is the lone Indian. That is a good sign for him as he has been amongst the most consistent players in domestic cricket. This IPL performance will certainly help him garner more attention.

As Gambhir said the other day, Uthappa is taking pressure off him. He attacks from the outset and scores runs at a brisk rate. Gambhir can then play himself and build the innings around him. During Kolkata’s last two run-chases, he has done that with Uthappa powering a good start and Gambhir trying to bat through. With this strategy in place, Kolkata’s top-order woes have been sorted as they have this mixture of aggression and caution.

Gambhir has recovered from the nightmarish start well and is starting to look good. He is using his feet at times and playing well through the off-side, which is a mark of him finding his form. On the other hand, Uthappa is timing them well. He doesn’t use his power all the time and there are occasions when he merely glides them off his bat. Watching them bat in tandem is a pleasure and if they build a solid stand, Kolkata would win more often than not.

It is imperative that Kolkata maintain this combination and not tinker with it. They need to have a settled unit in this tournament and the openers are showing that stability. Manish Pandey and Jacques Kallis follow them and they can be sent according to the situation. If Gambhir falls, the calm of Kallis has to take over. And if they lose Uthappa, Pandey is the man for the job. This may be the time, Kolkata start getting their act together. 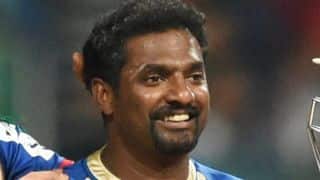