The Sahara withdrawal may have been caused by more than financial disputes. Arunabha Sengupta writes that with all the negative publicity in the wake of spot-fixing, more corporate entities may delink themselves from BCCI. 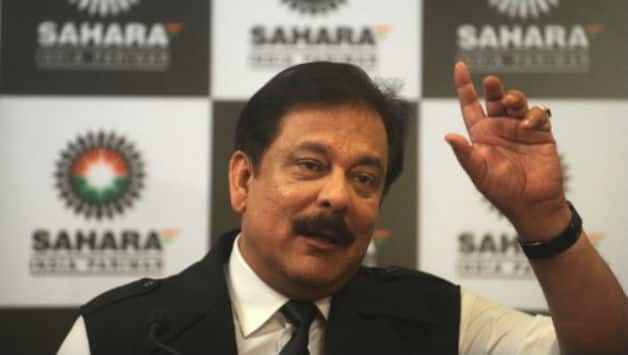 This is not the first time Sahara has withdrawn either. They did so last year, on the very day of the auction © AFP

The Sahara withdrawal may have been caused by more than financial disputes. Arunabha Sengupta writes that with all the negative publicity in the wake of spot-fixing, more corporate entities may delink themselves from BCCI.

The corporation is evil, soulless machinery. There is no compunction about exuding foul toxic fumes as long as it spits out gold at the other end. Be the gold as tainted as it may.

However, there is another dimension to the companies solely concerned with raking in the dough — an aspect that many correlate to the market value. The concept of image — the very concern that gives rise to the messy convoluted oxymoron known as “corporate social responsibility.”

It is this obsession with image that makes the brands developing products through child labour in a Vietnamese sweat shop suddenly flip over and fuel money to fight famines in Ethiopia.

Some say it is linked to profits, some vehemently deny it. Others trivialise it as window dressing, a diversion for the government regulators to look the other way when toxic waste is deposited endangering marine life.

However, the image is important to sell products. It has approximately the same economic quotient as the skimpily-clad female model in the ad who stands beside the swanky new car for no apparent reason. Hiring blonde, bosomy bimbos to endorse products and providing education to the blind stem from the same financial objective — the bottom line.

And it is this image that might be the concern as Sahara withdraws from the Indian Premier League (IPL). Perhaps the amount of negative publicity has become too heavy for the garnered riches to balance.

Ostensibly, the bone of contention is money. And this is not the first time Sahara withdrawn either. They did so last year, on the very day of the auction. But, by now the rift with the Board of Control for Cricket in India (BCCI) has developed for long. It has extended into a chasm wide enough for Sahara to publicly state that they are ‘disgusted’ with BCCI. However, it is not impossible that the spot-fixing controversy was the last straw rendered on the long, rocky relationship.

An ugly dent has been rendered on the glossy spectacle and it threatens to disfigure the images of the corporations whose names adorn the tournament. The sensational scandals in the wake of the arrest of the three disgraced cricketers, and the possibility of some more explosive revelations in immediate future, may have forced Sahara to draw the firm line.

Unlike the last time, Sahara have said that they will continue to honour their relationship with Team India till the end of the year. But, while fences were mended last year, this time around the chances of their renewing the contract seem very bleak.

With the uncontrolled murkiness tottering at the tipping point, and the many faces of greed and arrogance so conspicuously flaunted by BCCI, this may well be the start of a trend. It will probably not be too surprising to see more and more sponsors ceasing to associate themselves with the snake-pit of corruption.