IPL Season 12 Auction 2019: The final list of players whose fates will be sealed on Tuesday.

A total of 351 cricketers from India and abroad will be hoping to land a lucrative deal when their respective names will go under the hammer come Tuesday at the Indian Premier League 2019 Auction to be held in Jaipur.

For the first time in IPL history, there will be a new auctioneer in Hugh Edmeades who replaces Richard Madley.

UPDATE: Five more players have been added to the list a day before the auction. England’s Eoin Morgan along with Australian Riley Meredith, South African Rassie van der Dussen and two uncapped Indians Mayank Dagar and Pranav Gupta have taken the total number of players from an initial 346 to 351 now.

Below is the complete list of players who are up for grabs:- 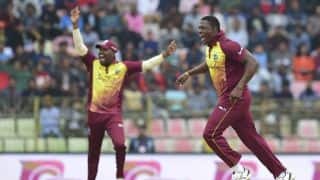