Jadeja’s comeback to the Indian team has been fantastic as he has performed well with the ball and scored crucial runs at No 7. His reputation has enhanced over this period and a few franchises may already have their eyes on him. 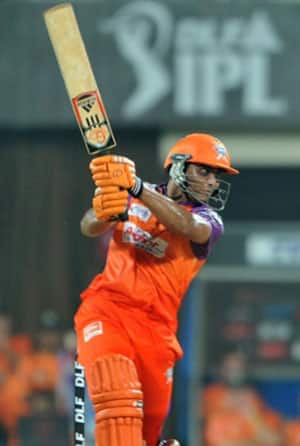 The last time India played a T20 international at Melbourne, they entered the majestic arena with the tag of World champions. An unbeaten record against the hosts spiced the atmosphere even further as the expectations of a cracker touched the sky. All the hype and hysteria fizzled out in a jiffy as cricket’s first T20 World champions were bowled out for 74, a target overhauled by Australia with minimal fuss.

Four years later, the backdrop surrounding the Australia-India T20 at Melbourne is very different. Nevertheless, there are various factors that promise to spice-up the contest and make it an interesting scenario. India are looking to get out of the losing-rut and would do everything possible to get back to winning ways. Australia, on the other hand, would want to seal another clean sweep and try to channelize the build-up of their new-look squad. Amidst all these endeavours, there is an Indian Premier League (IPL) auction scheduled over the weekend which might have a bearing on the performances of a few players.

The ongoing T20 International series features a few players who would go under the hammer for IPL season 5. The first T20 at Sydney would have attracted the attention of the franchises but the game at Melbourne would be an opportunity for a few players to make a huge impression and stir the purses of a few teams. These men would not only have the burning desire to win the game for their respective countries but also put in a brilliant individual performance for a lucrative contract.

On the Indian side, the former Kochi players Vinay Kumar, Ravindra Jadeja and Parthiv Patel are on the auction list. Jadeja’s comeback to the Indian team has been fantastic as he has performed well with the ball and scored crucial runs at No 7. His reputation has enhanced over this period and a few franchises may already have their eyes on him. However, a tight wicket-taking spell or a big-hitting knock may see an aggressive bidding war for the all-rounder.

Vinay Kumar’s spell the other day at Sydney was India’s biggest positive and he has already acquired a good reputation in the IPL circles. One just gets the feeling that his old side, the Royal Challengers Bangalore, may want him back in their ranks to add strength to their Indian pool. It is difficult to see Parthiv getting a game as India wouldn’t want to tweak their batting order.

The fascinating thing is that Australia too have three players in their squad who would be auctioned during the weekend. Brad Hogg, the 40-year old comeback man’s fairytale may touch another high if he gets picked by one of the franchises. His performances in the Big Bash League (BBL) were brilliant and in the T20 international at Sydney, he kept it tight and picked up the crucial wicket of Virat Kohli. Players like Hogg and Adam Gilchrist prove that age is just a number; contrary to perceptions of T20 cricket being a young-man’s game.

James Faulkner and Xavier Doherty are the other two Aussies in the auction camp. Faulkner was a part of the Pune Warriors last year; a time when he was an unknown commodity. This time around, his performances in the BBL have brought him the limelight and furthered his chances of another stint in India. However, his short spell at Sydney didn’t highlight his ability and if he plays at Melbourne, a longish spell may allow the franchises a fair view of his talent.

Leaving aside the possible claims of these players, the fate of VVS Laxman would attract a lot of attention. A year ago, his sublime touch led him to being picked by the Kochi Tuskers Kerala. This time around; two unsuccessful overseas tours have come into the picture. There is also his poor fitness to contend with.

The importance of fielding in T20s is well documented and a slow mover in the park is always a liability. Laxman hasn’t been the swiftest around the field and his utility as a player for the shortest format drops when one takes into account such factors.

Considering the overall package, not too many teams would be keen on picking Laxman and sadly his fate at the auction may be similar to that of Sourav Ganguly’s. The former India captain was ignored during the last auction and one felt it was the end of the road for him. Pune Warriors came as a lifeline in the middle of the IPL season 4 and he is set to play for them this year as well. A similar event is unlikely for the Hyderabadi if he goes unpicked at the auction.

An exciting weekend lies ahead for the Indian cricketers!

Pakistan elect to bat in third Test against England in Dubai