IPL: Ideal for demystifying the inscrutable English game to the Americans

IPL: Ideal for demystifying the inscrutable English game to the Americans

Down the ages, cricket has often been a cultural differentiator, symbolising the differences between English subtleties and hard-boiled Americanism. This has often been caricatured in popular culture. Arunabha Sengupta writes that the version of cricket played in the Indian Premier League (IPL) has the potential to be a robust bridge between the two outlooks. 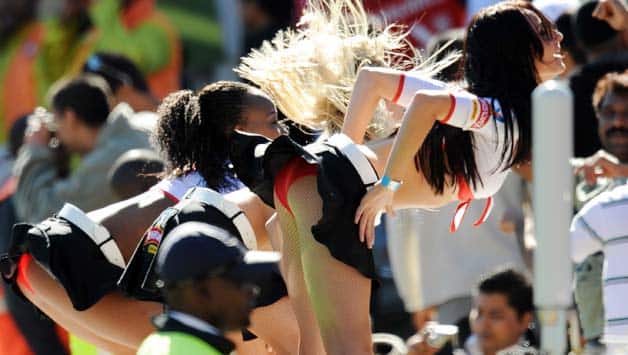 IPL has heavenly bodies hired to add their vital statistics into the fray at every event of note. The tournament has added enough flesh to the game © AFP

Down the ages, cricket has often been a cultural differentiator, symbolising the differences between English subtleties and hard-boiled Americanism. This has often been caricatured in popular culture. Arunabha Sengupta writes that the version of cricket played in the Indian Premier League (IPL) has the potential to be a robust bridge between the two outlooks.

To Americans, cricket for ages has been the symbol of inscrutable Englishness.

It is perhaps best captured in the cult movie Teenage Mutant Ninja Turtles. When Raphael sees Casey brandishing a cricket bat, he finds himself completely out of his depth, and eventually ends up slammed into a bin. He yells in frustration: “Cricket? Nobody understands cricket! You gotta know what a crumpet is to understand cricket!”

Cricket was as enigmatic and meaningless to the Americans as the Anglo-Saxon griddle cake. A part of the indecipherable quaintness associated withthe arcane traditions of the English.

Groucho Marx had captured the American bewilderment with this game perfectly with a supposedly innocent question. After sitting through an hour’s play at Lord’s, the legendary comedian had asked: “This is great, but when does it start?”

In that context, the IPL is perhaps a bridge across the Atlantic constructed in India, a link between Old World charm and New World brashness. By the time an hour’s IPL bashball is through, even the most cricket-ignorant viewerwill have easily formed a fair idea of what the abridged version of the game is all about.

In fact, after exposure to the format, the go-getter in the American may even find baseball to be slow in contrast.The intricacies of crumpet need no longer be unravelled. The taste for the simple hot-dog garishly loaded with ketchup will do perfectly.

The version of cricket played in IPL has come a long way from the quintessential Englishness of the game even the great Alfred Hitchcock satirised in the immortal The Lady Vanishes. The current versions of Caldicott and Charters, who sit in the cluttered stands watching the extravaganza, are far from the obsessive overgrown public schoolboys intent on discussing the finer points of the game, oblivious to the Nazi attacks in the background. They have now exchanged notes with the eternal ambitious juveniles of the land of opportunities who remain fascinated life-long by expensive toys — from smart-phones to personal jets.

In the movie, the cricket lovers are depicted as a xenophobic duo, trying to simulate a Wally Hammond–Clarrie Grimmett duel with sugar cubes and saltshakers. But the journey through time, space and formats have transformed the addict. They have exchanged notes with the tribe who sell ideas by drawing pictures at the back of a napkin, and hail George Soros and Steve Jobs as modern day philosophers. They now revel in DLF Maximums and player auctions with equal enthusiasm.

Thrilling cricket is no longer paradoxical to the American eyes, regardless of what Laurence Olivier might have suggested to Joan Fontaine in Rebecca. The purist may squirm, but the agricultural heaves from ball-one can convince the neophyte that something urgent is going on in the middle. The game as played in IPL is no longer a replica of eternal stillness — the perennial gripe of the Americans.

IPL bridges the gap at a much more basic level.

In Woody Allen’s What’s New Pussycat, Peter O’Toole visits his psychiatrist — played by the inimitable Peter Sellers. And when O’Toole mentions cricket, the wigged Sellers asks him, “Is there any sex in it?” According to Mike Marquese’s Anyone But England, this is hilarious Hollywood humour — the comic element derived from cricket’spredominantly asexual character, almost pre-Freudan in its purity of white clad men moving across fields of pristine green.

Well, one look at the jiggling hips and bosoms of the lovely ladies and the perception is erased altogether. Here are heavenly bodies hired to add their vital statistics into the fray at every event of note. IPL has added enough flesh to the game.

Conversely, cricket for Englishmen is no longer the antidote to the symbols of Americanism — which, according to Marquese’s analysis, are impatience, vulgarity and unashamed commercialism. IPL is all that put together and much more.

Gone are the days when Neville Cardus could remark with his smug air of superiority, “Where the English language is unspoken, there can be no real cricket, which is to say the Americans can never excel at the game.”

He should have followed IPL on the social network.

IPL 2013: Relatively weaker sides have shown they cannot be taken for granted 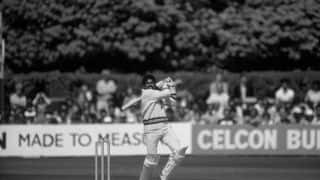