Here s the list of top five wicket-takers in the Indian Premier League (IPL) before the season 12 kicks off.

While the youth is still a buzzword in some corners when it comes to T20 cricket, the likes of Lasith Malinga, Amit Mishra, Piyush Chawla, Dwayne Bravo and Harbhajan Singh show that experience still matters.

Here s the list of top five wicket-takers in the Indian Premier League (IPL) before the season 12 kicks off on March 23 as Chennai Super Kings (CSK) take on Royal Challengers Bangalore (RCB) in Chennai.

Lasith Malinga has been one of the few players who has stayed put with one IPL franchise since the time the tournament kicked off in 2008. While he moved on from being a bowler to a coach in the last season of the IPL, the Sri Lankan was bought back in the auction ahead of this year s IPL. With 154 wickets against his name, he is the leading wicket-taker in the IPL. While his powers may be on the wane, having someone like him, just to guide the fellow MI bowlers on the field, is a big bonus.

While Amit Mishra may not be in the reckoning to make it to the Indian side, he remains the spinner with the most number of IPL wickets and second overall with 146 wickets in 136 games. He also remains the only player with three IPL hat-tricks and he has got them with three different teams Deccan Chargers, Delhi Daredevils, who now are Delhi Capitals, and Sunrisers Hyderabad. Mishra was his team s second highest wicket-taker in IPL 2018 with 12 wickets in 10 matches and as the Delhi franchise looks to win its maiden IPL title, the 35-year-old will have his task cut out.

While Kuldeep Yadav and Sunil Narine are Kolkata Knight Riders ace spinners, Piyush Chawla has long been one of their most trusted bowlers. KKR used him in powerplays in the last season and he delivered. What also helps is the fact he has been with the franchise for a long time to know the dynamics. While he would have liked his India career to shape a lot better than it did, Chawla, come IPL and KKR, is a player who always delivers. No wonder he is on the third spot in the list leading wicket-taker in the IPL with 140 wickets against his name.

There s more than just song and dance to Dwayne Bravo. While he has called it quits for the West Indies, the T20 globetrotter has remained one of the most talked about players for his ability to win his team matches with batting, bowling and fielding. Although he had stints with Mumbai Indians and Gujarat Lions, Chennai Super Kings is where his heart is. CSK too love him back and no wonder it reflects in his performances. With 136 wickets against his name, in addition to his batting and fielding heroics, the Champion occupies the fourth spot in the list of bowlers with the most number of IPL wickets.

Mumbai Indians are not someone who will give away their veterans on the platter so easily. But as it happened after ten seasons with Harbhajan Singh, the Indian legend made Chennai Super Kings his new IPL home. While he may well be past his prime as a bowler, having someone with his guile, experience and more importantly, his heart, is always a plus. All the three traits played a part in his India career and with his IPL career too. He, with 134 wickets against his name, occupies the fifth spot in the list of top five wicket-takers in IPL. 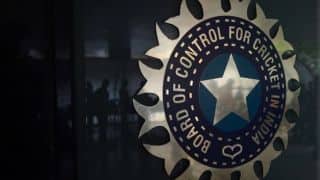 Department of Revenue issues notice to BCCI for tax evasion