IPL: MS Dhoni, Sachin Tendulkar, Virat Kohli, and others who have played for just one team since IPL 2008

IPL: MS Dhoni, Sachin Tendulkar, Virat Kohli, and others who have played for just one team since IPL 2008

There are some cricketers in IPL who have become synonymous with the teams they play for.

The Indian Premier League (IPL) has seen some thrilling performances from a number of players over the years. Some cricketers have become synonymous with certain teams. Shiamak Unwalla lists out eight players who have been associated with the same team since IPL 2008. IPL 2015 Previews

While the likes of Chris Gayle and AB de Villiers are instantly recognised as Royal Challengers Bangalore (RCB) players, few remember that Gayle had actually started out with Kolkata Knight Riders, while de Villiers was part of Delhi Daredevil. Similarly, after his exploits in IPL 2014, Glenn Maxwell and Kings XI Punjab went hand in hand, but “Glendeep Singh” Maxwell was initially a Mumbai Indian. Let us look, then, at the players who have stayed with one side since the very start of IPL. Chennai Super Kings (CSK) in IPL 2015: Kings of consistency look to rule again

1. MS Dhoni, Chennai Super Kings (CSK): The skipper and finisher par excellence, MS Dhoni has led CSK for all eight seasons in a row. Under him, CSK have reached the final four every year. He has also led them to two IPL titles and two Champions League T20 (CLT20) titles. Kolkata Knight Riders (KKR) in IPL 2015, Preview: A well-balanced unit with a hunger for success

2. Suresh Raina, Chennai Super Kings (CSK): Dhoni’s trusted aide and CSK’s belligerent No. 3, Suresh Raina is the leading run-scorer in IPL history, despite never winning the Orange Cap. Raina has appeared in virtually every match CSK has ever played, more so even than Dhoni. He remains their main batsman, and could well be called an IPL legend. Delhi Daredevils in IPL 2015: Fresh team set sights on bigger awards

3. Shaun Marsh, Kings XI Punjab (KXIP): Quiet, unassuming, and consistent, Shaun Marsh has been a vital cog in KXIP’s plans since emerging as the leading run-scorer and Orange Cap winner in IPL 2008. Marsh did not have a huge role to play in IPL 2014, with Glenn Maxwell and David Miller getting the nod ahead of him. He remains one of the most successful batsmen in IPL history though, and will be keen to prove himself again. Kings XI Punjab in IPL 2015 Preview: IPL 7 runners-up will look to continue good form in IPL 8

4. Harbhajan Singh, Mumbai Indians (MI): He has been a part of Mumbai Indians since the first IPL, and remains the mainstay of the spin department even now. Out of favour with the Indian selectors since 2011-12, he remains a potent force in IPL. He has even led Mumbai on occasion, and is one of three MI players to have been there since the start. Mumbai Indians in IPL 2015: Rohit Sharma’s men approach upcoming season with renewed vigour to regain lost glory

6. Sachin Tendulkar, Mumbai Indians (MI): Though he retired after IPL 2013, Sachin Tendulkar remains a part of the Mumbai Indians, at least in spirit. After captaining the team for years, Tendulkar is now something of an icon that MI can tap into whenever his presence is needed. He is an important backroom brain for the team. Indian Premier League (IPL) 2015: Complete coverage

7. Shane Watson, Rajasthan Royals (RR): It would not be wrong to say that IPL rejuvenated Shane Watson’s international career. He was named man of the tournament in the inaugural edition of IPL, and hasn’t looked back since. Earlier,he was Shane Warne and Rahul Dravid’s deputy before taking over the reins after the retirement of the two legends. He remains a powerhouse performer at the top for the Royals. Rajasthan Royals (RR) in Indian Premier League (IPL) 2015: Street-smart cricket once again on the cards

8. Virat Kohli, Royal Challengers Bangalore (RCB): Virat Kohli has come a very long way from being the boy with potential in IPL 2008 to their leading batsman and captain in later years. His innings with RCB has mirrored his form and position in Team India as well. He is the only man RCB retained in a major overhaul, and has been one of the most recognised faces of the team. Royal Challengers Bangalore (RCB) in IPL 2015: Best chance for franchise to scalp maiden title

(Shiamak Unwalla, a reporter with CricketCountry, is a self-confessed Sci-Fi geek and Cricket fanatic. His Twitter handle is @ShiamakUnwalla. This article first appeared in CricLife) 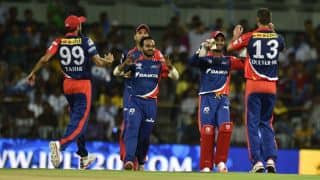 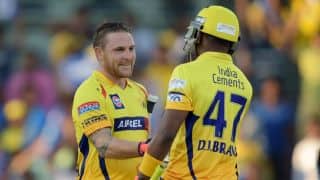