If a player earning $400,000 (approximately 2.1 crores) has willed to do wrong, can the rest of his genre be completely discounted? The fact that Sreesanth’s name has now surfaced is sure to open a can of worms, writes Karthik Parimal. 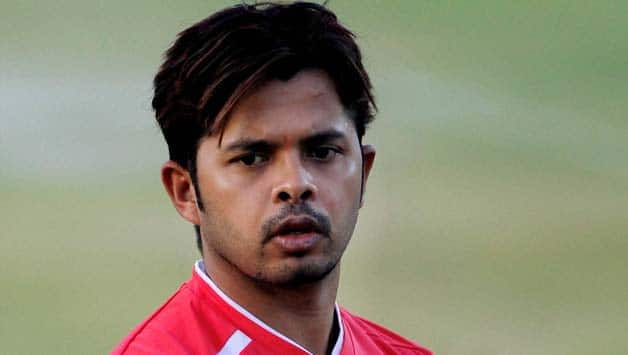 If a player earning $400,000 (approximately 2.1 crores) has willed to do wrong, can the rest of his genre be completely discounted? The fact that Sreesanth’s name has now surfaced is sure to open a can of worms, writes Karthik Parimal.

The existence of Indian Premier League (IPL) has often made for a riveting debate amongst pundits and followers of the sport alike. Despite the purists loathing its relevance, the tournament appears to have blossomed in its sixth edition. By Wednesday night, 65 of the 76 games had been ticked, with most of them drawing packed stands and featuring edge-of-the-seat thrillers. Apart from a few on-field altercations — which many believe to be a “part and parcel of the game”, this season was devoid of any turbulence, one felt. However, what transpired during the wee hours of Thursday morning (or during the last ten days, to be more precise) is sure to leave a blotch that will be incredibly arduous to expunge.

Ever since Hansie Cronje’s fall from grace in the April of 2000, the cricketing circuit has been, understandably, eyed with suspicion. Players succumbing to the temptation of greenback, from shadowy corners, have further tarnished the image of this sport. Speculations concerning the authenticity of T20 leagues were rife, despite the authorities constantly, and vehemently, denying any adulteration; but when a sting operation led to the suspension of five domestic players in last year’s IPL, the theory that not all is clean with this extravagant event received concrete evidence.

Yet, it must be said that the five tainted players — TP Sudhindra, Mohnish Mishra, Amit Yadav, Shalabh Shrivastava and Abhinav Bali — were novices, featuring in the lower brackets of the auction, and naivety from such quarters, albeit completely wrong, can never be ruled out. What’s appalling this time around is the alleged involvement of a Test player, one who has featured in some of India’s most momentous wins.

In his book Bookie Gambler Fixer Spy, Ed Hawkins talks about the inclination of some players, who’re not a part of such cash-rich leagues, to indulge in wrongdoings, primarily because they know for a fact that despite possessing superior skills, they’re not in a position to legally earn what a few of their counterparts are withdrawing by representing the franchises. That leads them down a shady path, perhaps fuelled by a firm belief that their unauthorised transactions will never be unearthed. Such is the trap the bookies lay, for they are adept at coaxing and taking vulnerable candidates into confidence, before requesting ‘favours’ from them. But how can a player of Shanthakumaran Sreesanth’s calibre, one who has thrived at the top, has no dearth of talent, or lack of an IPL contract for that matter, justify such an act?

As is known, not all players take the bait — especially the regulars on the international stage. A significant number of workshops are conducted on a regular basis, creating awareness of when and how the miscreants function. The Anti-Corruption and Security Unit (ACSU) have tightened passages, yet the occasional trickle has been causing considerable damage. Nevertheless, India’s frontline players have steered clear of this taboo, but the fact that Sreesanth’s name has now surfaced is sure to open a can of worms. It is fair to assume that most big names have clean hands, but if a player earning $400,000 (approximately 2.1 crores) has willed to do wrong, can the rest of his genre be completely discounted?

As Board of Control for Cricket in India (BCCI) president Narayanswamy Srinivasan said, one or two bad eggs cannot sully the entire game. However, it remains unknown if, like he believes, there are only a handful of unprincipled characters walking scot-free. The Delhi police — protagonists behind getting the spot-fixing episode to the forefront, said they had no knowledge of other players being involved, because they only had information pertaining to S Sreesanth, Ajit Chandila and Ankeet Chavan — the three Rajasthan Royals cricketers currently in question. Nonetheless, they also did not rule out its possibility in the other teams.

This now throws open a box of conundrums for the powers that be. Is their own policing effective enough to censor the menace of fixing in cricket? If yes, why did it take a sting operation and a police investigation, and not their unit’s perquisition, for such acts to surface?

The five players trapped last season were suspended for one year. Have the head honchos really made an example of the wrongdoers with that message? Perhaps in the next few days we will see stricter measures emerge and tighter laws enforced, but whether that will reduce this problematic saga, only time will tell.

As for Sreesanth, if the allegations do turn out to be true, it’s going to be a bitter pill to swallow for many. Had this incident not occurred, a few decades down the line one would remember him as a maverick, heart-on-the-sleeve cricketer, who enthralled many with his antics during his stay at the top. But, pragmatically speaking, the chances of him going down in history as someone with grubby palms, despite donning the pristine whites for India, are incredibly high. Considering his stature, the only trait this episode points to is greed. It’s disheartening, to say the least.