IPL5 will answer if World Cup hangover hurt IPL4, or if product has lost its sheen

IPL5 will answer if World Cup hangover hurt IPL4, or if product has lost its sheen

A petition filed in the Madras High Court perhaps sums up how much the Indian Premier League (IPL) polarises views (HC directs state authorities to consider plea on power for IPL). 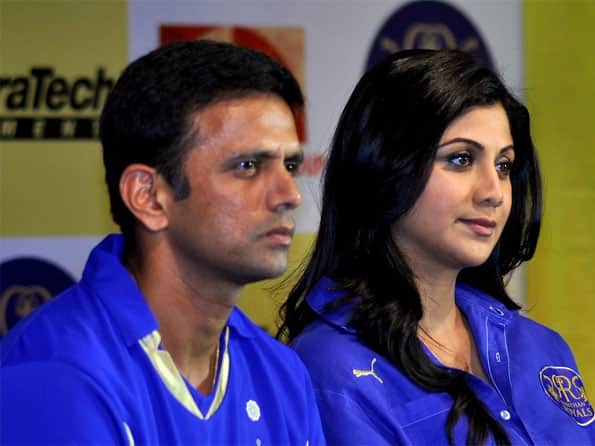 Captain Rahul Dravid (left) and Rajasthan Royals’ co-owner Shilpa Shetty at the unveiling of the team’s new jersey in Mumbai on March 5, 2012 © AFP

A petition filed in the Madras High Court perhaps sums up how much the Indian Premier League (IPL) polarises views (HC directs state authorities to consider plea on power for IPL).  The petitioner filed a plea not to transmit and supply electricity to the Chepauk stadium for IPL matches in Chennai in light of Tamil Nadu’s ongoing power crisis. The High Court has directed the Tamil Nadu State Electricity Board to consider the matter and pass the appropriate orders.

The petition has inadvertently brought to the fore a growing feeling that the IPL gets disproportionate importance in the world of cricket. Sure, it is a melting pot of big moolah, but it is still early days for this glamorous tournament and we don’t know yet what exactly its significance will be in the larger scheme of things going forward.

Yet, from day one, the IPL has been regarded as THE thing; THE place where all the real action is, and THE future of cricket.  So much so that commemorating 150 years of Indians settling in South Africa has been described, short of so many words, as a needless distraction from the big show and an undue burden on young, precious, multi-million dollar bodies. Never mind that the first international cricket fixture South Africa played on their re-admission was in India. Never mind that this match has been played in the backdrop of a very significant meeting of the 4th BRICS Summit in New Delhi. There’s nothing bigger than the IPL in the universe, not historical ties nor any geopolitical developments.

Except, of course, such a view is hardly unanimous and when IPL 4 commenced much too soon after the World Cup 2011, the tournament received a badly needed reality check. It has not proved quite so easy to diminish the importance of international cricket and when India won the World Cup, the IPL simply had no chance.

Hence, all eyes are on the fifth edition to see if it was indeed the World Cup hangover that hurt IPL last year or has the product lost its sheen. Was last year’s lukewarm response purely on account of cricket fatigue or has the novelty value of IPL faded a bit?

The tournament organisers have evidently learnt their lessons well too, pulling out all stops to set the hype bandwagon into action. Public Relations machinery seems to have been pressed into service well in advance of IPL 5. Early reports on ticket sales are encouraging and will help build the buzz for TV viewers as well.

And why would they leave any stone unturned to ensuring this edition succeeds. The stakes are too high for failure to be an option. Franchisees have poured in big money into their teams and the long term success of the IPL hinges on ensuring that team ownership remains an attractive investment option. To that end, erosion of brand value in the short term is a potential nightmare and powerful rhetoric will continue to be presented to argue that the IPL is the future of cricket, if not the only future.

With purse strings worldwide being tightened, return on investment will be a greater selling point than prestige and glamour. This is an opportunity for the IPL to amply demonstrate its recession proof-ness and regain its proverbial mojo as a business proposition. Will it rise to the challenge?

(Madan Mohan is a 26-year old chartered accountant from Mumbai.  The writing bug bit him when he was eight and to date, he has not been cured of it. He loves music, cricket, tennis and cinema and writing on cricket is like the icing on the cake. He also writes a blog if he is not feeling too lazy at http://rothrocks.wordpress.com/)

Clarke, Tamim, Levi, Russell, Broad & Narine among newbies to watch out in IPL5