Yusuf will be the match winner for KKR. Facing more balls than bowling, Irfan Pathan will watch other pacers take run up.

It is a proud moment for a family to see their sons become play for the national cricket team. The Pathan family had more reasons to be happy, as both sons wore the national colours for India during their careers. The case of the two players, however, turned out to be different, as they brothers have served India in different roles. While Irfan Pathan has had a more illustrated international career than brother Yusuf Pathan, this Indian Premier League (IPL) season: while Irfan got a mere two matches, not only is Yusuf a regular face, he has also made the most of his opportunities. READ: Is this the end of Irfan Pathan s career?

Irfan, though younger, made his international debut back in 2003. India were frantically searching a successor to Javagal Srinath to sharpen their pace attack. After Zaheer Khan broke down, Sourav Ganguly needed a replacement who was gifted and whose skills could be bettered to break the myth that Indian conditions cannot grow quality pacers. The second Test of Border-Gavaskar Trophy 2003-04 first saw a curly haired, young, confident Irfan fool Matthew Hayden with his length. The rookie bowler got 4 wickets in 2 Tests in that series, against a strong Australia side in at their den, showed immense potential and Ganguly had found the force he was looking for. Three years later, he went on to bag a Test hat-trick in Pakistan.

For around a decade, across formats, Irfan remained the name India would look up to for the crucial wickets. Then the inevitable struck the junior Pathan: injury. Irfan played his last international match in 2012; a string of injuries followed; and Irfan never made it back to the international circuit.

Despite that, he showed a way better performance which meant he was back with all his prowess, as he did brilliantly in the Syed Mushtaq Ali Trophy 2015-16, which had just concluded before the IPL 2016. Irfan emerged as the highest wicket-taker of the tournament while led Baroda from the front, scoring 200 runs in all, including an unbeaten 49.

With such performances, a huge number of Irfan Pathan fans expected to see his brilliance in the IPL season 9.

Let us have a look at Yusuf’s career.

Yusuf’s international debut came on one of the historic days in Indian cricket, on the final of the first ICC World T20, in 2007. He had earlier hit a famous 51 off 26 for Baroda against Mumbai in the domestic T20 contest which was yet not named Syed Mushtaq Ali Trophy. Dhoni opened with him but the debutant only managed 15 runs. His first remarkable performance in international circuit came against Sri Lanka as he scored his first international half-century at Premadasa in 2009. It took him another year to score his maiden international ton, a 96-ball 123 at Bangalore against New Zealand.

Yusuf came into the side as the powerful lower-middle order solution who could hit big, with all of him. He could smash sixes towards the end of the game and win matches for his side. Everyone knew and was aware of the fact that he was not a typical Test player which provides enough reason to justify his absence from Test cricket.

Talking of the Syed Mushtaq Ali 2015-16, Yusuf could do nothing mentionable apart from a run-a-ball 41.

MS Dhoni’s Rising Pune Supergiants (RPS) had all the elements to make it to the top four. Heavyweight batsmen, a sorted bowling line-up it looked like India’s limited-over skipper was yet again ready with his battalion to create history, the way he had done with Chennai Super Kings (CSK).

But things turned out to be different. Underperformance, inconsistency, injuries problems kept increasing for RPS. But there was another point that was evident to the cricket followers: MS Dhoni is not keen to use Irfan. Even after his bowlers could not do up to the expectations, Dhoni did not opt for Irfan, letting him bowl only one over in the tournament so far while he faced 10 balls.

Yusuf, on the other hand, did not have a fantastic start to the IPL. His scores ranged around 20 for the initial few matches of the tournament, but Gautam Gambhir showed unfailing trust upon his team man. Yusuf turned out to be a matchwinner for the next few.

As the tournament proceeds, Yusuf seems to be a crucial cog for KKR. Facing more balls than bowling, Irfan Pathan will continue to watch other pacers run in with the ball and appeal to the umpire, but will himself not get a chance. 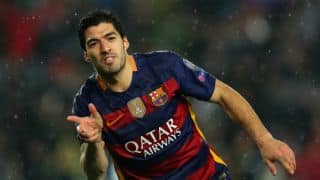 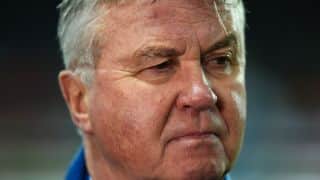