The ICC has decided to allow 50 per cent of the ball hitting on the wickets — including the area outside the off and the leg stumps — considerable for over-turning a not-out decision.

Technology will be embraced in cricket only if it makes matters totally uncomplicated and easy to comprehend. Till its present form, the Decision Review System (DRS) looked way long off from the place where the cricket fraternity wanted it to be. BCCI and Indian cricketers thus had their own reservations, and to top it off, the DRS system itself had proven to be complicated and untrustworthy at times. Nevertheless, despite moving at a snail’s pace to make things right, ICC’s recent announcements regarding DRS, and especially no-balls, warrant some praise. READ: ICC ratifies amendment to DRS

ICC has decided to allow 50 per cent of the ball hitting on the wickets — including the area outside the off and the leg stumps — considerable for over-turning a not-out decision. Not just the 50 per cent rule, the change is also applicable on the ball hitting the below the wickets. While this move — starting October 1 — promises a big spike in numbers of leg-before decisions, the fact that ICC could have considered what its Cricket Committee suggested cannot be ignored.

The Cricket Committee’s suggestion was to make ICC allow up to 25 per cent of the ball hitting the wickets. Indeed, the spike in leg-before decisions would have gone up even more, but it looks like the cricket governing body will take substantial amount of time before it decides to look into it again. READ: Shane Watson terms use of DRS as the hardest thing

ICC has moved at snail’s pace on two of the most impertinent questions: DRS and no-ball calls. While it is commendable that there has been delayed leniency been shown on the bowlers, it must be clear that ICC should consider what its committee proposes. And as far as giving the right of no-balls for overstepping is concerned, ICC should have by now pressed all requisite powers to the third umpire.

As per the fundamentals, if a batsman is hit in front of the wickets with the ball pitching in line, he should be declared out. But for years, batsmen have accepted what the umpire deemed was right. They showed their dissent when batsmen felt the umpires were wrong, and it remained the same time till DRS came along.

The cricket fraternity found DRS amusing, but soon it realised the ball-tracking technology was not one hundred per cent dependable. Ever since the questions were asked, ICC has kept working hard to make things right. Now, ICC says Massachusetts Institute of Technology (MIT) has done considerable amount of work to make sure DRS is alright, but it will take both ICC and BCCI a lot of time to move away from their current stance.

Among other developments, the ICC’s decision to make the third umpire use instant replays to decide on no-balls is worthy of applause. Had it been implemented along with DRS, a lot of errors that have happened over years could have been avoided. A trial for it will be held in one of the upcoming ODIs; it will surely tell how much more accuracy the sport can attain.

As the saying goes ‘better late than never’, ICC has taken some positive steps to throw the margin of errors out of the window and bring in some much-needed corrections into the game. While these two measures will surely rule out errors and bring some more balance between the bat and the ball, the leg-before rule for deliveries pitched outside leg will take few more years to be taken up for deliberation. 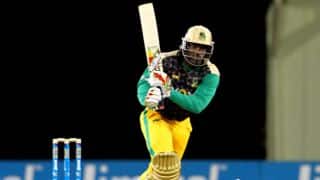