The pace trio of Jasprit Bumrah, Dhawal Kulkarni and Barinder Sran held their nerves, bowled hostile spells and spelt the doom of the Zimbabwe batsmen.

The Harare track had a tinge of grass when India and Zimbabwe locked horns in the first contest of the tri-series. There was lateral movement. The ball fiercely moved both ways, catching the batsmen in trance. The climate was chilly, making it even more difficult for a batsmen to find their feet. All the pacers had to do was bowl in the right channel and not try anything extraordinary. And India’s young and inexperienced bowling unit did exactly what the doctor ordered. The pace trio of Jasprit Bumrah, Dhawal Kulkarni and Barinder Sran held their nerves, bowled hostile spells and spelt the doom of the Zimbabwe batsmen. Read: Dhoni needs to find a suitable successor for the finishers’ role for Team India

As a matter of fact, the last time MS Dhoni won a series was in October 2014 (against West Indies). Undoubtedly, Captain Cool must have heaved a sigh of relief after winning the series, after such a long time. In this span, India lost a tri-series Down Under, two ICC’s flagship tournaments (ICC Cricket World and ICC World T20 2016), bilateral series against Bangladesh, South Africa and Australia.

Like always, the batsmen did bulk of the job every time India were at the brink of victory. Meanwhile, the bowling unit was clobbered by the opposition. Dhoni tried and tested many pacers, be it Ishant Sharma, Bhuvneshwar Kumar, Umesh Yadav, Mohit Sharma, among others. None of them could bowl disciplined line and length. Every delivery was followed by a boundary-conceding one. Even the consistent Bhuvneshwar lost the ability to produce economical spells. In the pursuit of bowling an extra yard, he lost his superior ability to swing the ball both ways.

India needed someone who can take wickets in the powerplay and contain the onslaught in the death overs. Enter Ashish Nehra. The old warhorse has been on a roll ever since he made a comeback in the shortest format. However, his ever-growing injuries keep him away from the ODIs. Thus, India have been in a search of pacers who can put up consistent and clinical performances, and take the team out of the woods.

Enter the pace trio of Bumrah, Kulkarni and Sran. Though India’s side was termed as ‘second-string’, the way these three applied themselves at the international level was indeed commendable. They did what their seniors could not do. They did what their captain expected from them. They did everything to ensure that the struggling yet potent Zimbabwe squad doesn’t outfox them. Read: Kumble, Shastri, Amre: Who should be India’s next head coach?

Kulkarni and Sran bowled right on the money in the powerplay and troubled the hosts with fierce pace and swing. While Kulkarni bowled in the corridor of uncertainty, Sran’s sharp in-swingers often caught the batsmen in the crease. What made them devastating was their knack of picking wickets at regular intervals.

Kulkarni scalped 8 wickets in 5 matches. Sran, on the other hand, scalped 10 wickets in as many matches.

Bumrah, the cynosure of Indian bowling attack, posed a threat to the opposition with his sling-slot action. Having played only 1 ODI match before the tour, he led the resurgence and bowled characteristic spells. In 6 matches, he managed to pick up 14 wickets.

To sum it up, they bagged 32 out of 50 wickets India manage to take in 6 matches. Such was brilliance, belligerence and dominance of the young trio! Read: Sran ideal candidate to replace Nehra in Team India

India will play shorter formats in three to four months’ time against New Zealand. Before that, they will play a four-match and three-match Test series against West Indies and New Zealand respectively. The likes of Ishant, Yadav and Mohammed Shami will feature, leaving no chance for these three to play. Bumrah, however, has been the part of the shorter formats for the last six months. Thus, he will be drafted in the squad next time India play ODIs.

Sran was a part of India’s tour Down Under earlier this year but failed to impress the selectors, eventually being dropped for the series following that. Kulkarni, on the other hand, has been India’s 16th man since previous 50-over World Cup.

Hence, the question beckons: will Sran and Kulkarni be preferred over the experienced campaigners?

Given the kind of cricket they have played in past two weeks, Indian selectors should give them enough chances in India’s first-string side as well. Chris Woakes: I feel more established as an England cricketer 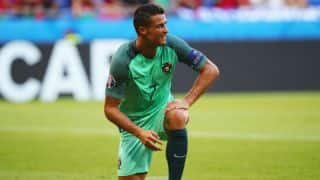