So, what has gone wrong with this champion team since that unforgettable night at Wankhede Stadium in April 2011, when almost the same set of players achieved the ultimate cricketing glory? Are they not playing for national pride anymore? 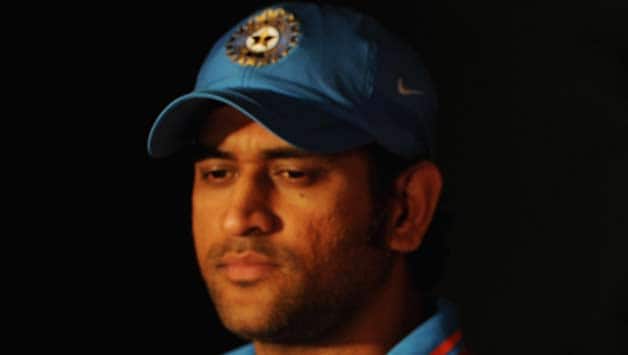 Playing for pride is a slightly over used term. I believe a player in that blue jersey should be playing for national pride every time he steps on that field and not only when their backs are against the wall. If that feeling is absent then he better make way for others – Sunil Gavaskar.

These words of Sunil Gavaskar during the third India-Pakistan One-Day International (ODI) more or less sums up the mood of the nation against the backdrop of India’s performance during the past year or so. National pride cannot fall prey to the whims and fancy of overrated players. Rightly so, because India hasn’t done enough to live up to the tag of World Cup champions since last April 2011.

So, what has gone wrong with this champion team since that unforgettable night at Wankhede Stadium, when almost the same set of players achieved the ultimate cricketing glory? Are they not playing for national pride anymore? Or, are they just satisfied after the World Cup win and are basking in its glory blindly and waiting for the next Indian Premier League (IPL) season?

Switch on any news channel nowadays and the anchors are in a state of frenzy with self-proclaimed cricket experts doling out quick-fix solutions to clean up the cricketing mess Indian cricket find itself in. The oft-heard solution being: Sack MS Dhoni. As if Dhoni is the reason for Ashok Dinda not controlling his line and length, while young Bhuvneshwar Kumar is in a dream spell at the other end. Blame Dhoni even if it’s Ishant Sharma who fails to understand that he is not a newbie anymore. Dhoni should go even if Gautam Gambhir cannot let go his infamous flirtations outside the off-stump to gift away his wicket.

It’s become fashionable in the media asking for Dhoni’s head when it’s the team that has failed in a heap. Another school of thought blames the youngsters for being interested in only raking in the money through IPL and suggests that the tournament be banned. That’s slightly over-analysing the situation at hand and at times comes from parties that do not have a stake in the million dollar league.

I do not think there is a quick-fix solution. Good teams are not born; they are built over years with great planning and years of nurturing the young talent while respecting, and not patronising the seniors. India should now look to build a team.

But, how can a team of eleven players suddenly go bankrupt in their cricketing abilities? I don’t think there is a satisfying explanation to this. In my view, it’s the batting that has let us down on most occasions — and collectively so. Bowling was never India’s strong point and this has been true even before Dhoni was the captain.

However, it’s equally true that one cannot win Test matches if the bowlers are not good enough to take 20 wickets. The manner in which Indian bowlers have performed in recent times has been really depressing. Forget 20 wickets, they never looked like getting a team out even once. Especially heart breaking was seeing the English batsmen hitting the Indian spinners all over the park day in day out, while the Indian batsmen struggled against Graeme Swann and Monty Panesar.

Coming back to the batsmen, over the past year or so they have not shown enough application and skill to stay in the middle. They have been over-dependent on their natural game rather than adapting and improvising. This was clearly evident when India played against England and even during the recently-concluded series against Pakistan. And that is where the point raised by Gavaskar about national pride is so true. If you take pride in representing your nation, then you would put a heavy price on your wicket. Dravid, a portrait of determination every time he went out to bat, exemplified that. He never gifted his wicket. That kind of commitment earns the respect of the opposition. These shoes are too big to fill, but we have players out there who have the temperament and have waited perhaps too long. Guys like Cheteshwar Pujara and Ajinkya Rahane deserve to have a long stint in the national side. This is the right time to ask Gambhir and Sehwag to go back and get runs in the domestic circuit.

Varun Aaron, Abu Nechim and Umesh Yadav should be included in place of Ishant and Dinda. We cannot ignore the raw talent, pace and swing that these bowlers have. Most importantly, they are hungry to perform for India. We need that energy seeping in through the rest of the players from these changes. Players who think they are full up to the brim and do not want to learn from mistakes should be replaced. Remember the situation Sourav Ganguly found himself in when he was handed a young side in Nairobi some 12 years ago.

The zeal to succeed and prevail, irrespective of the conditions, is probably what we miss the most from Indian team today. As a cricket lover, it hurts to see India go down without a fight in match after match. Things might not change overnight even as changes have been made at the top of the order for the series against England. Hopefully, more will follow against Australia. But we all know these changes are for the better. They are required right now and will certainly reap fruits for the future. 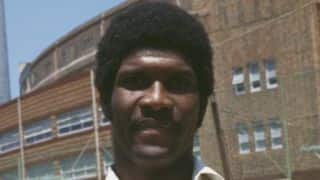 Lawrence Rowe: 'Lawrence of Jamaica', now just a pariah in his own country