At the end of a fairytale season Saurashtra has managed to reach the Ranji final after a span of 75 years. Abhishek Mukherjee questions the selectors’ wisdom of not releasing ace domestic players for crucial domestic matches and, instead, benching them during international matches. 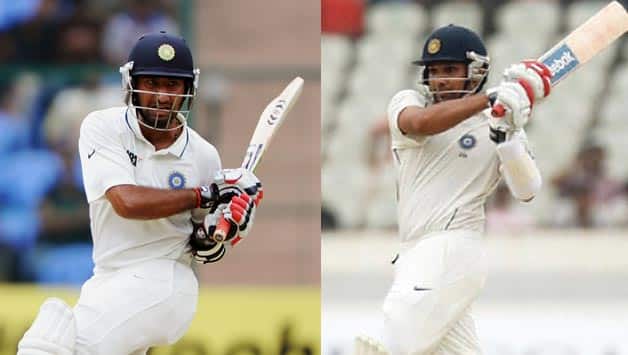 At the end of a fairytale season Saurashtra has managed to reach the Ranji final after a span of 75 years. Abhishek Mukherjee questions the selectors’ wisdom of not releasing ace domestic players for crucial domestic matches and, instead, benching them during international matches.

It has been a dream run for Saurashtra. They have gone past almost all hurdles except the final one, and the whole country a handful of cricket-lovers will be in front of their television sets this Saturday, expecting them to pull off a miracle against the mighty Mumbai in their own den.

Sheldon Jackson and Kamlesh Makvana have both averaged over 60 with the bat. Aarpit Vasavada and Sagar Jogiyani have both averaged close to 50. And despite being at the fag end of his career, veteran Shitanshu Kotak had put up his hands when an opener’s slot was declared vacant to provide consistency at the top.

Siddharth Trivedi has bowled well in bursts; and towards the end of the season, the spinners Dharmendrasinh Jadeja and Vishal Joshi came into action, along with the spearhead Jaidev Unadkat, who seems to have picked up momentum at the right time. It seems a well-rounded team in general.

The biggest star of the season, Ravindra Jadeja (794 runs at 113.42 with two 300s; 24 wickets at 20.91) has been picked by India for the home series against England. This meant that Jadeja could play in only five of their matches. Given his current form, Jadeja is an obvious selection for the Indian One-Day International (ODI) side, and is expected to play a pivotal role for the rest of the series.

The same, however, does not hold for Cheteshwar Pujara (629 runs at 125.80 and a strike-rate of 80.53 with two hundreds including a 352). Pujara has been picked for the ODI series against England, which meant that he was not available for the semi-final.

Since the final is supposed to begin on January 26 and the last ODI is to be played on Jan 27 January, Pujara is likely to miss out on the final as well. He will be retained, and is not a probable in the fourth ODI barring an emergency. If England manages to bounce back in the fourth ODI, it is very unlikely that Pujara will be selected for the fifth ODI. On the other hand, if India manages to seal the series at Mohali, Pujara might get a game in the inconsequential fifth ODI. Even if he is picked, he will not – in all likelihood – be in the starting XI of India’s next ODI series, because dead rubber matches are typically conveniently forgotten.

Why not release Pujara for the final, then? The retention of Jadeja is understandable – he will definitely play the last two matches. But does it not make more sense to release Pujara to give Saurashtra a fighting chance against Mumbai? Will it not help Pujara more if he plays a match of some significance than warm the bench and finally get to play a completely useless ODI? Will it not be a really welcome decision for the Saurashtra team, who will be chasing a dream of winning the trophy after their first final in 75 years (it was so far back that they were called Nawanagar)?

Most importantly, does it not make more sense to raise the standards of the ultimate match of India’s premier domestic tournament by involving possibly the most prolific batsman at domestic circuit? And thinking on the same lines, doesn’t the same hold for Rohit Sharma – a tested failure in ODIs but with 712 runs at 71.20 and three centuries in this year’s Ranji Trophy?

It is up to Board of Control for Cricket in India (BCCI).