It's India vs Pakistan tonight, and everybody from Santa Claus to Santa Singh are waiting with bated breat

There is a combined sense of anticipation and fear the minute you wake up. If you are old enough, then this is not your first time, and circumstances permitting this will not be your last either. 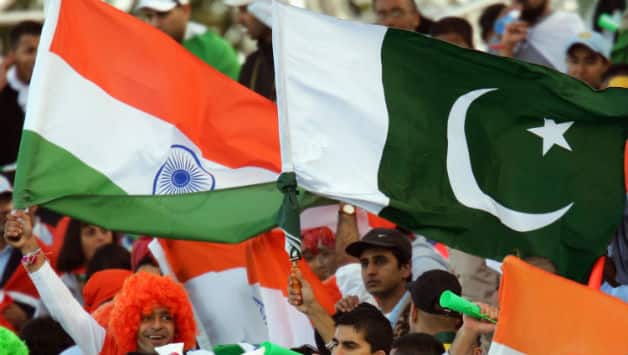 There is a combined sense of anticipation and fear the minute you wake up. If you are old enough, then this is not your first time, and circumstances permitting this will not be your last either.

You’ve been counting the days and preparing yourself for it but when it’s D-day, the butterflies refuse to exit the stomach — quite literally in some cases. A cursory look at the watch indicates there is still some time to go. So you get off your backside and do an odd chore before life comes to a complete standstill.

The man behind the counter of a nearby store, where you have been shopping for supplies for an entire life time greets you warmly and then pops the inevitable question,

You do a quick recap in your head of all the articles you had read on the internet last night. And like the most accomplished soothsayer on this side of the continent, you break into a long spiel of what is likely to happen.

You make a conscious effort to mention each inane statistic spouted by that funny Uncle with the moustache. The shop owner listens carefully nodding and ‘hmm-ing’ at appropriate junctures.

It’s all going well until the man standing next to you — whom you have never met before — seems to take an objection to one of your rehashed opinions. What was supposed to be a short and sweet visit takes a turn for the ugly.

Nobody is to blame though; everyone is a bit edgy today.

Closer to the time, a decision regarding where, with and whom you want to witness the event needs to be made.

Now there is the bandwagon jumping and glory hunting.

They come in with colour coordinated uniforms and other such gimmickry ready to pose for a potential Facebook cover photo every five minutes. You want to be taken seriously, so you ditch them for the brooding and sage battle veterans. They do not say much; an expletive here, a clenched fist there.

The tense atmosphere provides much of the ambience for this setting.

Several hours and a whole gamut of expressions ranging from joy, elation, anger and despair-later, clutch as time approaches. By now the poor old Nokia 3310 (or a similar model) has taken an absolute hammering; the neighbours if they happen to be the abnormal type think you have started a cult and your four-year-old niece is absolutely mortified by your behaviour and refuses to come anywhere near.

The religious look up to the heavens while the not-so-religious-ones decide it’s better late than never.

Some cover their faces unable to watch.

It is after all not for the faint hearted.

It would not be hugely amiss if one were to suggest there are few rivalries in cricket or any other sport for that matter that come close to matching the history, passion, intensity and the ability to make the hair on the back of your neck stand up.

“Lose everything and against everyone but by God, do not mess this up”

A cliché often repeated when this particular fixture comes up. While it is a fundamentally flawed mantra, it does unfortunately hold true.

Reputations count for little. What you’ve done in the past even less and unless you do well, a future might as well be forgotten.

This is India versus Pakistan.

(Muhammad Butt is an engineer who writes in the sports pages for Pakistan Today. His Twitter handle is @MuhammadButt22. The above post is reproduced with permission from http://tribune.com.pk/ ) 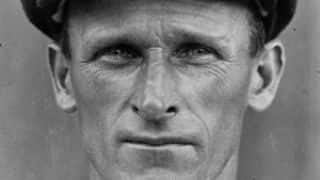