It’s four years since the Indian Premier League (IPL) took off, and nearly five since the first World T20 was held. Over the years, the sceptical groans of protest from purists have grown louder, while the diehards attempt to drown them out with even louder cries of celebration. 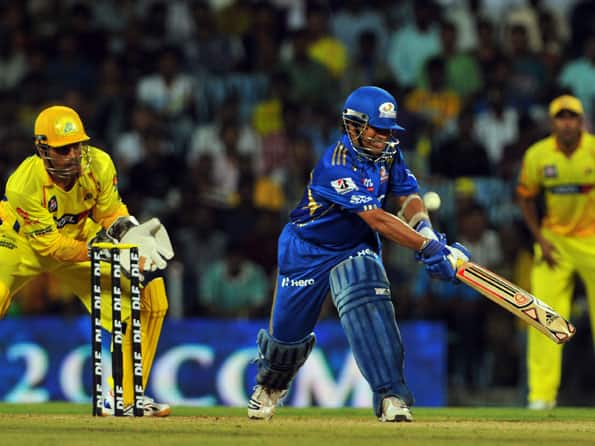 Sachin Tendulkar has a batting average of 40.04 in Twenty20 cricket © AFP

It’s four years since the Indian Premier League (IPL) took off, and nearly five since the first World T20 was held. Over the years, the sceptical groans of protest from purists have grown louder, while the diehards attempt to drown them out with even louder cries of celebration.

One quip that purists are found of making about T20 is that whoever would like to watch batsmen slogging it over cow corner all day. Cow corner is the region between midwicket and long on and generally impenetrable to the batsman unless he resorts to cross-batted, horizontal shots….also referred to as slogs.  The diehards usually respond by trying to argue that there is nothing wrong, really, with slogging and purists are too concerned with the aesthetic side of sports.  The question that needs to be asked of the purists and the diehards is whether that is really true. Is T20 batsmanship and cricket really only about plonking it over cow corner?

A look at the leading run scorers in all seasons of IPL held thus far might compel a rethink on this clichéd notion of T20 cricket:

That Raina leads the pack might clinch the argument for some – that T20 is all about slogging (though Raina’s favourite region is actually square or behind square on the offside). But Raina has played more innings than anybody else among the top 10 IPL run scorers and three batsmen have a better average than him.

The list as such is adorned by the presence of some batting legends and not in fact dominated by the Robin Uthappa School of Batting. Sachin Tendulkar, Jacques Kallis and Kumar Sangakkara would be considered greats in any format of the game as also Adam Gilchrist.

The strike rates of the top 10 are also at odds with popular perceptions of the IPL. Sehwag enjoys the best strike rate of the top 10 at 165 but also the lowest average of 28. Most batsmen have scored at an average strike-rate in the 120-130 range.

These observations are not at odds with trends in international T20 either.

While not all of the above cricketers could be considered greats at the highest level of the game, they are not complete mugs with the bat either. The overall make-up of the top 10 in IPL and T20 Internationals is not very different from an ODI top 10. Batsmen who can balance offence and defence and orthodox and unorthodox well tend to succeed better than the others.

Unfortunately, hysteria has overwhelmed any reasoned attempts to analyse T20 batsmanship.  Franchises pay top dollar for the likes of Keiron Pollard and underestimate the value of a Mike Hussey or Shane Watson. Meanwhile, coaches preparing their young wards for the future are concerned that their pupils want to learn how to slog and have abandoned ‘proper’ technique in the pursuit of IPL moolah.

A careful analysis of the methods adopted by the leading T20 batsmen could serve to remedy the situation. Because purists have not taken T20 seriously, there is a very real danger that it will be misunderstood as a format and glamour may come to be valued more than effectiveness. And the long-term effects of overvaluing slogging and slam-bang batsmanship would be to the detriment of all forms of cricket, whether or not purists would like to acknowledge this.

There is a place for sloggers in T20…in the lower order, just as in ODIs. And just as in ODIs, you need effective batsmen at the top who can score a substantial amount of runs at a healthy strike-rate and build a strong platform for the finishers. Just because the format is far more compressed than ODIs, not to mention Test cricket, doesn’t mean batsmen are mandated to throw caution to the wind. Such methods are in fact not as effective as they are made out to be, though they may draw crowds and garner eyeballs.

The debate over T20’s place in cricket is not likely to fizzle out anytime soon. But the need of the hour is to impress on converts and sceptics alike that you can indeed bat like Tendulkar or Kallis and succeed in this format.

(Madan Mohan is a 26-year old chartered accountant from Mumbai. The writing bug bit him when he was eight and till date he has not been cured of it. He loves music, cricket, tennis and cinema and writing on cricket is like the icing on the cake. He also writes a blog if he is not feeling too lazy at http://rothrocks.wordpress.com/)