November 15, 2018 was the day that Mumbai-based Madhya Pradesh opener Aryaman Birla s name began trending on social media for a reason not associated with his family lineage.

Aryaman, the son of business tycoon Kumar Mangalam Birla, scored his maiden Ranji Trophy century in just his third match to help salvage Madhya Pradesh a draw following-on against Bengal in their Round Two Group B encounter.

It was a special feeling at that time, that day and the next. I got congratulatory messages from my team-mates and other people,” Aryaman tells CricketCountry. “Everyone at home was very happy. Mom and dad were proud of my first Ranji hundred. I m sure both of them followed the match.”

Among the wishes on Twitter was one from RPG Enterprises chairman, Harsh Goenka. Proud to see @AryamanBirla an embodiment of hard work, dedication and determination, score his maiden first class century. I played a lot of cricket with him in his formative years, Goenka wrote.

It was a pretty overwhelming feeling. A lot of people sent many good wishes, that felt good, it was nice, but I don t derive my confidence from messages I get on social media or anything like that. It was just a by-product of what happened. The thing is to go out and play ball by ball again. You ve got to move on from the good and bad times, explains Aryaman, who remained unbeaten on 103 at Eden Gardens.

Incidentally, Aryaman s Ranji century came at a time when the Rajasthan Royals recruit was retained by the Indian Premier League franchise for next season. I am really not thinking about the IPL right now. It s not even crossed my mind. It s a long time from now and there s a lot of cricket to go before that. So, the focus is on the moment and I will continue to do that for now, he says.

The 21-year-old left-hand batsman, whose breakthrough performance came in the Under-23 Col CK Nayudu Trophy in October last year against Chhattisgarh when he scored 230, has already a century and a half-century, three matches into the Ranji Trophy. However, he is not getting ahead of himself and wants to be firmly grounded.

I did well in the U-23 last season. I just continued to work hard. There was nothing specific that I had to change drastically. I never really think about runs while batting. It s just about spending time at the wicket and taking each match as it comes, says Aryaman.

With two draws in both their matches, Madhya Pradesh face bottom-placed Punjab on Tuesday and Aryaman hopes to carry his momentum at the Holkar Stadium in Indore. I ve had good days of practice at Indore. The most important thing is to take the confidence forward from my last innings and what I ve done in the last three days. You just have to go and enjoy the moment, he says. “I just take it match by match and ensure I improve as a cricketer, as a person, and I learn, grow and evolve. This is my goal every time I go out to play.” 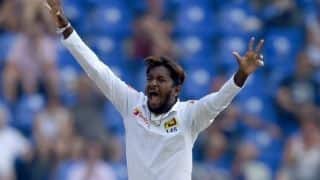 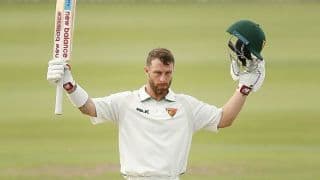