Jack Bannister was a popular voice broadcasting cricket on BBC TalkSport. Before that he was a Warwickshire seamer and a key figure behind the establishment of the Professional Cricketers Association.

Jack Bannister, who passed away on January 23, 2016, was a popular voice broadcasting cricket on BBC, and later TalkSport. However, way before that he was a tireless seam bowler for Warwickshire and a key figure behind the establishment of the Professional Cricketers Association. Arunabha Sengupta pays tribute to the versatile and valued man of cricket.

Jack Bannister s story started long before he became a voice recognised for first summarising and later commentating on cricket.

For many, many years, he was a tireless medium-fast seamer for Warwickshire. Bannister turned out for them for as many as 19 seasons. He captured 1,188 wickets in First-Class cricket, all but 17 of them for the county side, bowling almost 11,300 overs for them. In four of the summers, he topped 100 wickets.

However, Bannister did not make it into the England team. He was rather unfortunate to play in an era when there were too many men running in with plenty of potential and pace, menace and movement. Alec Bedser, Fred Trueman, Brian Statham, Frank Tyson, Peter Loader, Trevor Bailey there were too many of them in the 1950s. In the next decade, Bannister s Warwickshire mates David Brown and Tom Cartwright did play a handful of Tests, but soon there was the looming figure of John Snow in the equation.

In fact, Jack did not quite become England s most famous sporting Bannister of his day. In 1954, the year he received his Warwickshire cap, the cricket season had just about kicked off when the Oxford medical school student Roger Bannister ran the first sub-four-minute-mile in history.

But, one cannot take anything away from the career of the cricketer Bannister. In 1955 he got exactly 100 wickets, including 9 for 35 against Yorkshire; but he reached his peak as the decade changed over. In 1960 he captured 105. The following year was his best, when he dismissed 131 men.He followed it up with 108 in 1962. In fact, there were plenty of indications of the approaching purple patch in 1959, especially towards the end of May when he captured all the 10 wickets of Combined Services in the first innings at the Mitchell s and Butler s Ground in Birmingham. That 10 for 41 still stands as the best figures ever achieved by a Warwickshire bowler.

He started running in for Warwickshire in 1950, and kept on tirelessly till 1968, having been a part of the 1951 side that won the Championship, and the 1966 team that triumphed in the Gillette Cup.

While Bannister was still playing, he started writing for the Birmingham Post, an association that lasted for more than 40 years. After calling it a day with his 1,198 wickets at 21.91, he continued to write for the newspaper while setting himself up as a successful bookmaker.

It was towards the final days of his playing career that Bannister made the most telling contribution to the cricket world. He was one of the key figures behind the establishment of the Professional Cricketers Association. He went on to serve the association variously as secretary, chairman and president for two decades.

Bannister was especially instrumental in setting up the pension scheme for the professional cricketers. Besides, his astute and judicious negotiation went a long way in arriving at an amicable solution when some county committees seemed intent on banning players involved in Kerry Packer s World Series Cricket.

In terms of rights and privileges that the cricketers enjoy today, they have a lot to be thankful to Bannister.

In 1984, Bannister joined BBC as a cricket summariser, and became an instant hit. From 1988, he moved on to commentating as well. He was replaced by David Gower in 1994, but his popularity ensured that he continued to cover the Natwest Trophy and Sunday League games. He carried on in this capacity till 1999, with full involvement in the World Cup held in England that summer. Later, he provided commentary on talkSport radio station, summarising the matches and providing commentary from his home.

Bannister did himself and his popularity no harm when he announced that he would eat a newspaper if South Africa won the Test series against England in 1995-96. And public approval shot sky-high when the Proteans did win and Bannister proceeded to actually eat a newspaper, fine print and all. 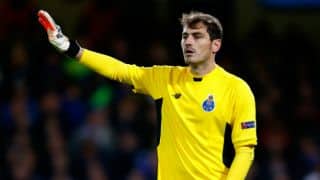