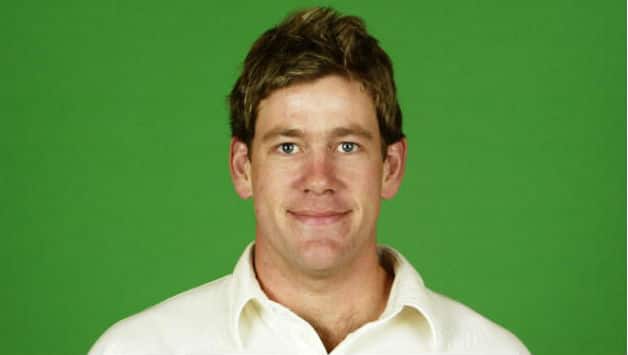 Jacob Oram, born July 28, 1978, was one of New Zealand’s most effective all-rounders during their most prominent period in international cricket. Injuries blighted his career to an extent, but he still made his mark in international cricket. Shrikant Shankar analyses the Kiwi all-rounder’s career.
Genuine all-rounders in cricket are relatively rare and are always worth a dime. They can be completely amiss with the bat or the ball in a match, but can pop up to be that particular match’s hero with the other discipline. They are allowed that luxury. From the late 1990s to the early 2000s, the game saw some of the finest all-rounders to have graced the field, especially in the shorter format. South Africa had the more prolific of them with the likes of Jacques Kallis, Lance Klusner and Shaun Pollock. Other countries also had a few of their own. India didn’t have any genuine all-rounders. But the only other team to boast of a plethora of all-rounders was New Zealand.

The Kiwis arguably had the best all-rounder of one-day cricket in Chris Cairns. They also had the likes of Chris Harris and Scott Styris. Jacob Oram was another in their ranks who was supremely talented. Standing at 1.98 meters, Oram was easily noticed. He rose through the ranks and represented New Zealand’s Under-19 side. He bowled right-arm fast-medium and batted left-handed. Oram was also very good in the outfield despite his burly size. The reason being, he was a football goalkeeper during his school days and developed agility. He made his One-Day International (ODI) debut for the Black Caps against Zimbabwe on January 4, 2001, in Wellington. Oram was always a middle-order to lower-order batsman. His position was not quite defined and one could term him as a floater in the batting order. However, he was an aggressive batsman.

Oram usually bowled at first-change in the early part of his career. His bowling was always handy for New Zealand as his height always garnered extra bounce. He was never really quick, but had that added pace when he was younger. He got his first half-century in ODIs against Sri Lanka in his sixth match in Christchurch on February 11, 2001. His blitz of 59 from 57 deliveries included three fours and four sixes. New Zealand won the match and Oram got his first Man-of-the-Match award. He then suffered a foot injury that halted his early progress in international cricket. He missed the whole of the New Zealand summer and became available only in April of 2002. He marked his comeback with 33-ball 46 filled with five fours and two sixes in a win over Sri Lanka.

He had by the summer of 2002, settled himself in the New Zealand ODI line-up. His Test debut came against India on December 12, 2002. His first Test wicket was that of Sachin Tendulkar. Although he did not fare well with the willow in the match by getting out for a duck, his overall contribution of five wickets helped the Kiwis win the match comfortably. He had a more significant contribution in the second Test. His six wickets in the match included that of Rahul Dravid and Sourav Ganguly. He also scored a crucial 26 not out in the successful chase of an excruciatingly low-scoring game. Not bad for a beginning! In the ODIs, Oram starred for the Kiwis. In their first ODI against India in Auckland in 2002, he first picked up a fifer — his first — and then scored an important 27 not out to win the match. He helped New Zealand win the first four matches of the seven-match series.

The 2003 World Cup followed and although New Zealand surprised many by helping knock out hosts and pre-tournament favourites South Africa, their campaign was not deemed a success as they failed to make it into the semi-finals. Oram himself had a satisfactory World Cup. After that he was selected in the New Zealand Test side for a series in Sri Lanka. On the flat tracks, he got himself some runs with a highest of 74 in Kandy.

New Zealand then were part of an ODI tri-series involving then world champions Australia and runner-ups India. In the fifth match of the series in Pune against Australia on November 3, 2003, with New Zealand at a precarious position of 68 for five, Oram scripted one of his finest innings. Everyone knew that he could smash it big on his day, but his 81 off 87 that day showed his temperament. He began slowly and accelerated towards the end finishing with 12 fours and one six. It proved to be a little less as Australia won the match by two wickets and with one ball to spare. He missed out on a first Test century in an innings of 97 against Pakistan in Wellington in December 2003. He would not be denied for long. Oram scored his first international century in the first Test against South Africa in Hamilton in March 2004. His 119 not out came against the likes of Pollock, Makhaya Ntini, Andre Nel, Kallis.

The match was drawn, but Oram was back and made a telling contribution in the second Test in Auckland. His 90 in the first innings helped the Black Caps to victory in the end. He again contributed with the bat in the third Test, but South Africa won the match to level the series. By now Oram was an established member in the New Zealand side and regularly scored runs and chipped in with important wickets. He scored his second Test century (126 not out) against Australia at The Gabba, Brisbane in November 2004. A back injury forced him to sit out New Zealand’s tour of Australia in 2005.

He announced his comeback with a spectacular hundred (133) against South Africa at Centurion in April 2005. Oram was at his peak in the 2006-07 season, especially in the ODI tri-series involving Australia and England. First he posted an 89-ball 86 against England in Adelaide. In his next match, Australia had set a target of 344 at the WACA, Perth on January 28, 2007. Oram smashed his career-best 101 not out as he brought New Zealand close to victory. He achieved this in only 72 deliveries and struck four fours and six sixes. At the time it was the fastest ODI century by a New Zealander. But as in those days, the Aussies almost always won and New Zealand fell short by eight runs. In the next match he again got the runs (54 not out) that helped the Kiwis to victory over England.

Oram then broke his ring finger on his left hand while fielding during a bilateral series against Australia in New Zealand. This threatened his participation in the then upcoming 2007 World Cup in the Caribbean. He joked saying that he would gladly amputate his finger to just play for New Zealand. But the comments were not taken in the light manner and it became a bit of a controversy. Oram later had to clarify the doubts and confirmed that it was joke, which was poorly put and timed. He made a successful comeback yet again — a theme in his career. His unbeaten 63 guided the Black Caps to victory over England in the group stages of the World Cup. His contributions with both bat and ball helped New Zealand reach the semi-finals, where they lost to eventual runner-ups Sri Lanka.

He continued to be part of the national side in both Tests and ODIs after that. Oram scored his fourth Test century (117) against Bangladesh in Dunedin in January 2008. Oram achieved something that even the likes of Tendulkar, Laxman, Ricky Ponting and Brian Lara. He got his name onto the Lord’s Hounours Boards. Oram notched up his fifth Test century against England at the famous Lord’s Cricket Ground in May 2008. His 101 came in a draw but nonetheless was a significant innings. That also proved to be his last century in international cricket. He retired from Test cricket in 2009 with his last match against Sri Lanka in August 2009 in Colombo.

Oram played 33 Tests, scoring a total of 1,780 runs at an average of 36.32. He scored five centuries and six half-centuries with a highest of 133. He took 60 wickets at an average of 33.05. His best spell was against India when he took four for 41. By that time Twenty20 was the new thing in cricket. Oram played for the Chennai Super Kings in the inaugural edition of the Indian Premier League (IPL) in 2008. He was part of a star-studded line-up and was often rotated.

In T20 Internationals, Oram picked up a hat-trick against Sri Lanka in Colombo on September 2, 2009. The wickets of Angelo Mathews, Malinga Bandara and Nuwan Kulasekara denied Sri Lanka a certain win as New Zealand stole victory by three runs.

Oram then got injured during the ensuing ODI series and missed the ICC Champions Trophy 2009 in South Africa. Once returning from injury, he guided New Zealand to victory in the third ODI against Pakistan by taking three late wickets.

In March 2010, he again had to sit out due to another injury. This time it was the Patella tendon below the knee. This caused his absence from the 2010 IPL. He returned in time for the 2010 World T20, but New Zealand’s participation ended in the Super Eight stages. The 2011 World Cup in the sub-continent was the next big tournament and New Zealand were written off right from the beginning. Oram’s contribution got New Zealand into the quarter-finals and they faced pre-tournament favourites South Africa in Mirpur.

New Zealand could only muster 221 for eight while batting first. In the chase, the Proteas were cruising at 108 for three. It was here that Oram made his mark. Kallis, while batting on 47, pulled a short delivery off Tim Southee and it looked like it was destined for a six. Oram, with the help of his entire 1.98 metres height, plucked the catch at deep mid-wicket. That started the collapse. By that time he had already accounted for the dismissal of Graeme Smith. Oram then picked up another three wickets as New Zealand won the match, as it turned out, comfortably by 49 runs. He was the Man-of-the-Match and the Kiwis were into the semi-finals. They lost, yet again, to eventual runner-ups Sri Lanka, but overall the tournament proved a success. 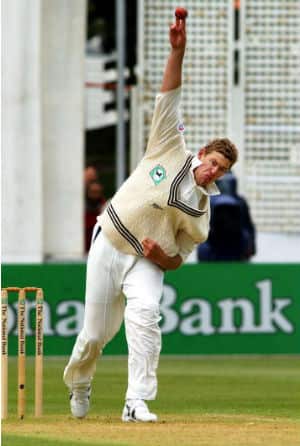 After that came the wane in his performances. Oram and New Zealand were unable to reach the semi-finals of the 2012 World T20. His last ODI was against Sri Lanka in November 6, 2012. He was a member of the Rajasthan Royals team in the 2011 IPL, although he played only two matches. He was then in the Mumbai Indians squad for the 2013 IPL. He played their first match against Royal Challengers Bangalore, but was later dropped and did not make it into the starting eleven. Mumbai went onto win the IPL that season.

At 35 years of age, Oram’s career in international cricket might look to be over, but his contributions will be remembered by ardent cricket fans. He was never the player filled with flair, but was consistent and highly effective. Injuries might have reduced his performances, but there were many telling contributions from the big man that helped New Zealand many-a-time. He played during New Zealand’s golden generation — as in that period they reached various finals, semi-finals and achieved some impressive feats.

As of today, Oram has played in 160 ODIs. He has scored 2,434 runs at an average of 24.09 with an impressive strike-rate of 86.61. He has notched up one century and 13 half-centuries. Oram has also taken 173 wickets at an average of 29.17. His best figures in ODIs also came against India — five for 26. The figures speak for themselves. New Zealand will surely miss one of their finest all-rounders.