Jacques Kallis retirement: South Africa can bank on horses for courses approach to replace the all-rounder

Jacques Kallis retirement: South Africa can bank on horses for courses approach to replace the all-rounder

With Kallis playing his final Test match against India, the quest for his replacement begins.

Within a next few hours, Jacques Kallis would have retired from Test cricket and South Africa’s quest for replacement will begin.  In reality, Kallis is irreplaceable, so it is virtually impossible to fill the void of their greatest cricketer.

Instead, the selectors are likely to bank on the horses for courses approach. The first obstacle is the toughest and with a rampaging Australian team arriving on their shores in only a few weeks time, it is likely that South Africa will play with an extra batsman, given the defensive mindset of Graeme Smith and the threat posed by Mitchell Johnson against the tail-enders.

With the first Test match to be played on the fast and bouncy track of Centurion, and the third one on the seaming deck of Cape Town, South Africa will likely load up their pace battery with four quicks (Dale Steyn, Morne Morkel, Vernon Philander and Kyle Abbott) and play JP Duminy as well as Dean Elgar as part-time spinners.  Choosing Robin Peterson is a risk given the fact that if he is taken out of the attack by the Australian batsmen, the pace trio will have to share a heavy workload. With three Tests against Australia to be played in a mere three weeks, it remains unlikely that Morkel, Steyn and Philander will be pushed too much.

Smith’s conservative approach in the recent Test series against India is a clear indicator that South Africa is still paranoid of losing a game. Similar trend followed in England last year when after the retirement of Mark Boucher, they opted for AB De Villers to perform a dual role rather than bringing in a dedicated wicketkeeper.  It was a further suggestion that South Africa preferred to strengthen the batting.

Even for a team that is No 1 in the world, they are unlikely to risk a bowling all-rounder at No 7 batting slot or a rookie wicketkeeper, especially against the quality bowling line-up of Australia.

If South Africa opts for a bowling all-rounder, Ryan McLaren or Wayne Parnell are the likely candidates. McLaren averages 30 with the bat in First-Class cricket and has improved his batting over the past couple of years.  Parnell on the other hand, has not really developed as a cricketer that South Africa would have envisaged from him. He might have gained pace, but off field distractions and lack of consistency suggests that he is touted more as a One-Day International (ODI)  specialist. Importantly, McLaren bowling resembles Kallis more than Parnell.  It is safe enough to say that he is the only viable option.

The other option South Africa could explore is to introduce Quinton De Kock as a specialist keeper at No 7 batting slot. It will enable De Villers to bat at Kallis’s batting position at four, but it also means that there is no all-rounder in the team and hence, more workload for Steyn, Morkel and Philander.  Although, this is the conventional option, the wicketkeeping skills of of De Kock still has to improve. Additionally, De Villers is comfortable at No 5 slot, so in nearby future, it is an unlikely option.

Actually, the only Test match South Africa could itself in a selection conundrum will be the second game in Port Elizabeth. Traditionally, it is the slowest pitch in South Africa and given Australia’s recent spinning woes, Peterson could play a role meaning that Steyn, Morkel and Philander’s fitness and ability to share the extra workload could dictate the combination.

South Africa’s next Test series will be at home against a modest West Indies setup, nearly eight months later.  It is a longtime away and by then, De Kock would have likely taken over gloves from De Villers.

Real challenge will be when they Tour India, 18 months away from now. Until then, South Africa has plenty of time to groom or develop an all-rounder or a high quality spinner.  For the time being, the theory of horses for courses is the only logical way of replacing Jacques Kallis. 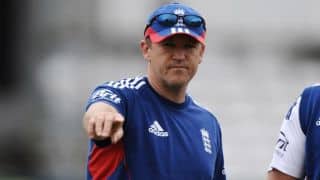