Tarot reader Shruti Chopra looks into her cards to give CricketCountry.com readers insights into what lies ahead in the IPL matches. In the below piece, she dwells into the Chennai Super Kings vs Pune Warriors game  - the only IPL match on Saturday. 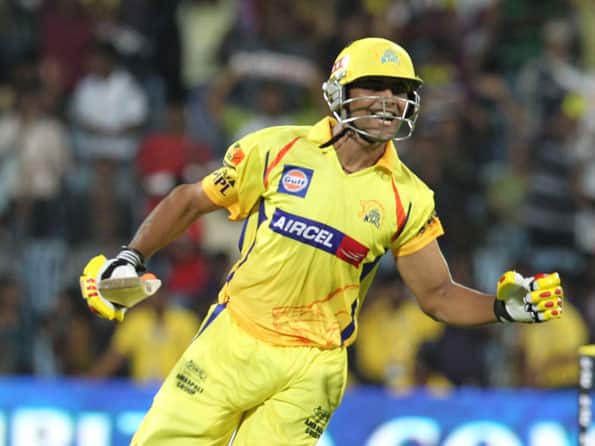 “Ravindra Jadeja will have great enthusiasm and would want to to take the fight to the opposition. He may play an important role in this game,” says tarot reader Shruti Chopra © AFP

Tarot reader Shruti Chopra looks into her cards to give CricketCountry.com readers insights into what lies ahead in the IPL matches. In the below piece, she dwells into the Chennai Super Kings vs Pune Warriors game  – the only IPL match on Saturday.

After a poor performance against Kings XI Punjab, the Warriors are looking to make some well-informed changes. The World card suggests the importance of doing this, in order to give the Chennai Super Kings a fight. These changes will allow the team to build confidence and therefore even think about dominating the opposition. Pune are working on plans, to be in sync as a team and encourage each other. The cards show some positive possibilities, but the key will be to change these possibilities into actual action – which may be tough for them.

Sourav Ganguly will start off strong and balanced, ready to dominate through his batting. The problem will lie in Sourav Ganguly’s patience. He may want to charge ahead quicker than actually possible. In his captaining, Ganguly may just have too many ideas running through his mind and may feel unsure of which to apply. The key will be for him to not apply unnecessary pressure on himself, but instead be more pro-active in implementing plans. He will need to be more confident as a batsman and captain.

Ashok Dinda is very energetic and fiery. This needs to be better directed for him to get the desired results with the ball. He can’t afford to get too carried away in wanting to prove himself against a big team. His captain’s backing will help him improve his approach.

Ashish Nehra is balanced and very strong. He will bowl sensibly, but may feel disappointed by not being backed up in the field at times or a decision that may not go his way. He will manage to overcome this and will perform with consistency.

Robin Uthappa isn’t looking as confident as he should. He is carrying some self-doubt. It will be important for him to create a balanced approach in his batting, since he has a tendency to go wayward.

Angelo Mathews should have a strong, all round performance. He will open up to his potential and will work hard on all areas of the game and will see results for it – a good, positive and dominant approach.

Steve Smith will be very hard working, but it will be important for him to be given a better, defined role within the team if he is to excel further. He too will put up a good all round performance.

Rahul Sharma is initially looking strong, but he will find it hard to sustain his performance.

Mithun Manhas is strong, and well planned. He will show his potential, but if he manages to balance his batting a bit more, by reminding himself of his game plan, then he will do decently well.

Marlon Samuels isn’t looking strong. He may find it tough to rise up to the challenge.

Jesse Ryder, too, isn’t that strong, but may be supportive in an initial partnership, but this too may not last.

The Super Kings are really feeling super about themselves! They are going to feed off their recent run-chase against Royal Challengers Bangalore and will feel their normal, dominant self again. They have a hunger to make runs and don’t expect anything less from themselves. They will take the fight to the opposition almost nonchalantly. Despite this, they will need to be careful of Pune, as they show the potential to disrupt their mind set on various occasions during the match.

Mahendra Singh Dhoni would want to play an aggressive innings, instead it would be advisable that he builds his innings rather than trying to dominate from the onset; if he sticks around, then his potential to score big runs is very prominent.

If Suresh Raina survives a weak start, he will have the potential to play a strong game and control the opposition.

Ravindra Jadeja will have great enthusiasm and would want to take the fight to the opposition. He may play an important role in this game.

Albie Morkel will be aggressive and would wish to dominate.

Dwayne Bravo would find it difficult to bring together his game plan and may need more support and encouragement from his team mates to do well.

Shadab Jakati may not have a comfortable start, but he will stabilise as his spell continues.

Francois du Plessis should be a very strong player, balanced and have the ability to adapt his game when required.

Doug Bollinger may be patchy and slow in his approach. He will need to pick up pace to try and get better results from his bowling.

Subramaniam Badrinath needs to address any problems that he may he carrying into this match, which is possible if he adopts a better game plan for his own batting. He will be helped by the team management in this regard.

The cards for this match have confused me, especially since Pune Warriors have all the ingredients to beat Chennai. It would be highly important for Pune to make changes to their line up. At the same time, Chennai Super Kings seem to be in a mood to push themselves right to the end. So I would say that the advantage is with Chennai.