Anderson has developed tricks that can test every crevice of a batsman's defense.

James Anderson, born on July 30, 1982 has been a fine swing bowler for England. The swing merchant, who has also developed other tricks of the trade can test every crevice of a batsman’s defence.  Bharath Ramaraj has a sneak peek into his glittering career.

In the year 2002, when England’s cricket cognoscenti were wondering about the likely successor to pace duo of Darren Gough and Andy Caddick , a shy 19-year-old from Burnley burst onto the scene by generating pace, cut and late swing. That year when Lancashire met Surrey at Old Trafford, the scene was set for another century from county cricket’s batsman extraordinaire, Mark Ramprakash. However, it took just one ball in the second innings to send him back to the pavilion. It was that shy Burnley lad, James Anderson, who with a boomerang-bending inswinging yorker trapped Ramprakash dead in front.

Since then, he has gone onto play for England and done yeoman services for his country. Fans and scribes alike have marvelled at his profusion of virtuosity to swing the ball late. The swing-merchant though, known for his filigree precision-like finesse with a  ball in hand has gone through his own share of troubled times.

After initial success at the international level which included a yorker that swung late and away to flatten Mohammed Yousuf’s stumps in 2003 World Cup, and five-wicket hauls against Zimbabwe and South Africa in Tests, Anderson lost the plot. By Ashes 2005 when Andrew Flintoff, Steven Harmison, Matthew Hoggard and Simon Jones  helped England to their first Ashes series triumph since 1986-87, Anderson was nowhere in the picture.  A few months before Ashes 2005, Anderson, the ‘Burnley Bullet’ and an amazing cocktail of talent looked shot to pieces, when with a remodelled action he bowled all over the shop against  South Africa at Wanderers. The late swing had disappeared and he struggled to hit even decent lines and lengths.

If the six wickets he took against India at Mumbai in 2006 lifted Anderson’s sagging spirits then, a back injury he suffered later that year must have made him feel like his world had again crash landed with a huge thud. To make it worse, The Ashes 2006-07 turned out to be a disastrous tour for him. It was only when Anderson went back to an action that was based on his old one that he found his rhythm and late swing back. It is also believed that the remodelled action had led to the back injury.

In 2008 against New Zealand at Trent Bridge, he made the ball to veer away from the batsman late to take nine wickets in the Test. By the time Pakistan arrived in England in 2010, he had mastered the art of bowling the inswinger. With a Duke ball in hand, he seemingly had the ball on a string at Trent Bridge. Imran Farhat, Pakistan’s opening batsman got a taste of it. Anderson, from around the wicket made the ball to come back into Farhat wickedly, before it snaked away from him at slithery speed to flatten his stumps. A bewildered Farhat must have wondered how can you play that?

Despite having a great 2010, most experts believed that he won’t succeed in Australia. With Anderson mastering the inswinger, being a much improved seam bowler and his ability to use the crease and bowl from around the wicket to left-handed batsmen, the writer found it hard to fathom why almost everyone wrote him off.  Anderson did prove his critics wrong by taking 24 wickets and that broke the camel’s back, as England won the Ashes 2010-11. Anderson was like a pillar of excellence in that series.

He was yet again in the thick of things when India toured in 2011, as he scythed through India’s batting line-up regularly and England whitewashed them 4-0.  There were still question marks over his ability to bowl on unresponsive surfaces of subcontinent. But by performing well in United Arab Emirates (UAE), Sri Lanka and India in 2012, he showed his calibre. It has to be remembered that Anderson is one of the few pacers from visiting teams to maintain an average of less than 30 in Test cricket in India since the dawn of the new century.

In The Ashes 2013 at Trent Bridge, England needed their spearhead to deliver again. By bowling a marathon spell in the second innings, he generated reverse swing and used the crease cleverly to help England overcome Australia in a cliff-hanger.

Unfortunately for him, back-to-back Ashes series seemed to take a heavy toll on the pacer. Just like others in the English camp, Anderson struggled Down Under in 2013-14. The critics came out all guns blazing and on expected lines said that he is a one trick pony.  Afterwards, it was revealed that Anderson was suffering from a rib injury.

Even now with his aeons of experience, Anderson is a vital part of England setup. In the ongoing Test match against India at The Ageas Bowl, he has made the ball to seam/swing with venom on a good batting track. However, whatever he does, it seems a foregone conclusion that his detractors will label him as a one trick pony. Anderson is a genuine swing bowler, who uses his wrist and fingers like a surgeon to move the ball both ways at will. In short, your eyes pop out in sheer delight at his virtuoso exhibitions of swing bowling. 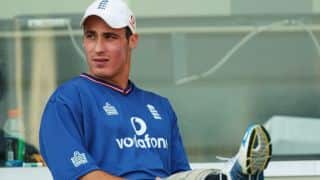 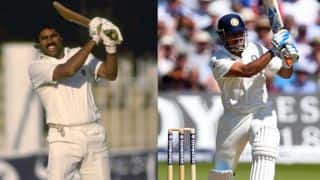