After the magnificent game between India and Australia on Saturday, all the focus was definitely on Ishant Sharma. Australia needed 44 runs from 18 balls and they achieved their target with three balls to spare. Now the batsman who scored most of those runs deserves at least equal attention — James Faulkner. Shrikant Shankar explains why Faulkner is the best-bet in Australia’s search for a consistent all-rounder. 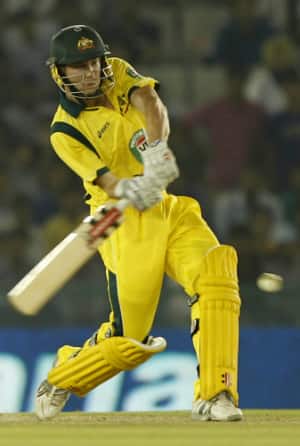 After the magnificent game between India and Australia on Saturday, all the focus was definitely on Ishant Sharma. Australia needed 44 runs from 18 balls and they achieved their target with three balls to spare. Now the batsman who scored most of those runs deserves at least equal attention — James Faulkner. Shrikant Shankar explains why Faulkner is the best-bet in Australia’s search for a consistent all-rounder.

When three overs are left and the batting team needs to get 44 runs, it is usually the bowling team that has the upper hand. Invariably the team bowling, even in this day and age of slam-bang batting, would somehow manage to pull off the win. So, when Ishant Sharma bowled the 48th over in Australia’s innings in the third One-Day International (ODI) at Mohali on Saturday, he should have done enough to help the bowlers who would bowl the last two overs in giving them enough runs to bowl to. But 30 runs were scored in the over and Australia had all but won the game by then.

Ishant has got a lot of criticism and that was to follow anyway. But the batsman doing all the scoring deserves far greater attention and above all — praise. James Faulkner smashed 30 runs off Ishant’s over. If a Chris Gayle or a Yuvraj Singh did the same, then they would be front-page news, not the bowler. So, why the difference? Faulkner is not a well-established batsman like the two mentioned above, but proved to be as effective as any great batsman would be in a crunch situation.

Faulkner struck four sixes and one four, which completely shifted the balance in Australia’s favour. In the last two overs, Australia needed 14 runs and they duly won with three balls to spare to win by four wickets. He finished on an unbeaten 64 off 29 balls. He scored six sixes and two fours in total and had a staggering strike-rate of 220.68. All this goes to show that Faulkner has what it takes to be a recognised batsman. All this while, he was considered as a bowler who could play the little cameos when needed. Now he can be termed as a proper all-rounder

This is not based on one innings alone. Faulkner’s average in ODIs is 33.62 and his strike-rate is 108.90. He has also scored two half-centuries in only 16 matches so far. For Rajasthan Royals, Faulkner has been sent up the order as well. His First-Class average is near 30 in 38 matches. This definitely shows that Faulkner can bat. And he could be the best-bet as a genuine all-rounder that Australia needs. Shane Watson came into the Australian side with much the same way — a bowler who can bat. He has become a genuine batsman and he hardly bowls, due to constant injuries.

Mitchell Johnson is another in the same mould. But Johnson is just reassuring his position in the Australian side and will probably only focus on his bowling. Others like Cameron White and Steven Smith have not done enough with their bowling to cement their place in the Australian side. This gives Faulkner the advantage. He will definitely be working on his batting. But what he is doing now is more than sufficient. There have been many bowlers, who while focusing on their batting have let their main trade drop — their bowling. The above mentioned few, plus Irfan Pathan come straight to mind.

Faulkner needs to just put all his attention into his bowling and leave the batting as it is. Once he becomes properly established in the Australian setup and becomes fully aware of his capabilities, then Faulkner can look to improve his batting. He is only 23 years of age and has enough time on hand. For now he is Australia’s best all-rounder and should continue in the same manner as he has done so far.

Mohammad Aamer's return will be an encouraging precedent in international cricket